Bills have mostly dropped by just a few dollars a month — not enough to spur a promised surge in new jobs. 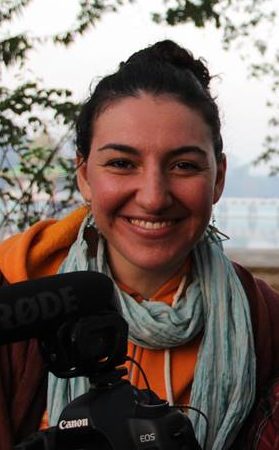 This story is published in partnership with the Pensacola News Journal.

Last June, President Donald Trump boasted in a tweet that Americans got a “$3 billion payoff” because more than 100 utilities lowered electric rates as a result of the “GOP tax cuts.”

Trump’s gloating represented fulfillment of a promise the White House and powerful lobbying groups such as the U.S. Chamber of Commerce had made months earlier: The tax law’s cut in the corporate tax rate to 21 percent from 35 percent would save companies more than a trillion dollars all told, and for utilities, that meant billions in lower taxes to be passed on to customers in the form of lower electric bills. Lower electricity costs for businesses, they claimed, would create jobs and stimulate economic growth, all of which would help low-income families.

But the assertion turns out to be only partially true. Utility bills have dropped, but by a negligible amount, ranging from less than a dollar a month for the average residential customer in Hawaii to about $14 for the same group in Florida, according to a sample of individual company announcements reviewed by the Center for Public Integrity.

Even for energy-intensive companies, the higher savings aren’t enough by and large to create new jobs. Consider Vick’s Cleaners in Pensacola, Florida, a chain of more than a dozen stores along the Gulf Coast that gets its electricity from Gulf Power. The utility recently sliced its rates for an average customer by that $14 a month, citing the tax law. But Vick’s Cleaners owner Mark Tenniswood said his savings from the lower rates totaled about $1,250 last month for all his stores. That “is a small difference to our bottom line,” and not enough to hire even one employee, he said.

The insignificance of the savings is underscored by the fact that utilities are now estimated to receive a tax windfall that’s more than twice what Trump first tweeted about. To date, investor-owned electric companies have announced $7 billion in savings because of the tax law, an amount they have begun to pass on to their roughly 220 million customers, according to data compiled by the Edison Electric Institute (EEI), an association that represents the industry.

The tax measure presents other problems, however, that could end up boosting rates in the future. The tax law took away some tax deductions that utilities relied on, and for some large companies, that meant a lower credit rating. Credit-rating company Moody’s Corp. lowered its outlook for the entire regulated utilities sector from stable to “negative,” just two weeks after the president’s tweet; indicating the companies may be a future credit risk, caused by higher debt levels “and a lower deferred tax contribution to cash flow going forward due to tax reform,” Moody’s reported.

The new legislation negatively affected utilities’ cash flow, because though it reduced the amount companies pay to the government in taxes, it also reduces the amount companies take in from customers. Because companies are able to defer cash taxes, the mechanism has long acted as what analysts have referred to as an “interest-free loan” from the U.S. Treasury, in an industry with high investment costs.

The law also eliminated a special provision that allowed utilities to lower their tax bills by depreciating their assets more quickly. The elimination of bonus depreciation increases utilities’ taxable income earlier than expected. Furthermore, the companies will have to return over-collected taxes from 2017 and 2018.

To date, of the 20 utilities and holding companies that Moody’s examined, six were downgraded because of the tax law: Consolidated Edison Inc., Consolidated Edison New York, Orange and Rockland Utilities in New York, Avista Corp. in Washington, Piedmont Natural Gas Company in North Carolina, and Southwestern Public Service Company based in Texas. More utilities may be downgraded in the future, according to Moody’s analyst Ryan Wobbrock.

“The concern for customers is whether this ultimately serves to raise customer bills in the future,” Wobbrock said. “Downgrades could make it more expensive for companies to borrow money in the short term.”

The avenues for those companies’ ratings to return to stable, according to Wobbrock, include issuing equity or debt, while some utilities may seek to increase rates to improve their credit.

Electricity savings for customers have varied widely from company to company. For most customers, the initial savings on energy bills last year were about 3 or 4 percent on average, according to Americans for Tax Reform, a conservative anti-tax group run by Grover Norquist which boasts of the lower rates it says resulted from the tax law.

One of the smallest decreases was in Hawaii, where the average retail energy price is the highest in the United States. Savings from the tax law allowed Hawaiian Electric Company to cancel a planned rate increase and to minimally decrease rates. An Oahu customer’s average monthly bill dropped 76 cents, less than a 1 percent reduction. Customers for Hawaiian Electric’s sister company, Hawaiian Electric Light, saw a $4.97 average drop in their monthly bill. Duke Energy customers near Orlando, Florida, who were affected by Hurricane Irma, avoided a rate hike. They can thank the tax law for doing away with an average monthly increase of $5.20 on their bills over three years to pay for repairing hurricane damage to the network.

In Louisiana — a state with the highest per capita energy use and among the highest poverty rates in the nation — the 1.08 million customers that receive their electricity from Entergy Corp., which serves much of southern and northeastern Louisiana, received roughly $4.20 a month in savings on average in 2018.

These savings may be enough to buy a cheap Christmas present, but it won’t keep the power on for those struggling to pay their electric bills, said Howard Rodgers, who administers Entergy’s donation-based Power to Care program, which offers bill assistance to eligible seniors and people with disabilities.

“For individuals that are low-income and can’t provide for their entire bill, you’re talking about a few dollars on a bill that could be months past due,” Rodgers said. “This isn’t going to make a huge impact like the benefits we provide.”

Don’t miss our next investigation.

Subscribe to our email newsletter to receive our latest investigative reporting in your inbox.

The Power to Care program distributes about $200 in assistance every month to each of the more than 100 people it serves in Entergy’s service area, covering about 15 percent of a typical bill. More than 100 families are on a wait list hoping to obtain assistance. The length of the wait list didn’t shorten since rates dropped, indicating savings on customers’ bills weren’t enough to help low-income households more easily afford electricity.

In extreme weather conditions, or when sick people who rely on electricity for medical care are in danger of being switched off, the assistance is often life-saving, according to Rodgers.

A bigger help for low-income families, advocates say, is direct aid from the federal government. But that’s actually decreasing.

For the third consecutive year, the Trump White House singled out for elimination the Low Income Home Energy Assistance Program (LIHEAP), labeling the program that offers assistance to families who can’t afford their electric bills during winter as “low-performing or ineffective.” The program provides an average of $366 a year to an individual low-income household, many of which are elderly or disabled, to help pay their utility bills. Families facing service interruption are given priority. Households with incomes no higher than 150 percent above the poverty line are eligible

Congress didn’t follow Trump’s budget to eliminate the program, but the program’s budget of $3.69 billion this year represents a decline of more than 30 percent since 2011, leaving every state with a long waiting list. Just 20 percent of eligible households received LIHEAP funds in 2017, according to a National Consumer Law Center study.

In New York City and Westchester, LIHEAP households receive a minimum of $21 to $35 a year from the Office for Temporary Disability Assistance, the organization that distributes LIHEAP benefits in New York State. That’s far more than the average $10 per year or 83 cents a month in savings that the 3.4 million customers of Con Edison, the utility that serves the area, began distributing Jan. 1. The reduction comes from the estimated $259 million in tax savings Con Edison said it received from the tax law.

The decrease in monthly bills from the tax law won’t mean fewer OTDA beneficiaries this year, an agency spokesman said. New York state has the largest LIHEAP budget nationwide, $372 million, which it plans to distribute this year to more than 1.46 million families.

“Reducing bills helps, but it doesn’t eliminate the need for assistance programs,” said Carlos Martin, a senior fellow at the Urban Institute.

Martin said if LIHEAP’s budget equaled the entirety of the $7 billion savings utilities received from the tax law, it would eliminate energy poverty in the United States.

Tax cuts can’t lower rates much because Americans already pay relatively low electricity prices which have risen slower than inflation, according to EEI.

Lower rates, but no new jobs

Gulf Power customers in Pensacola saved a relatively high amount on their electric bills because of the tax cuts — more than 9 percent, the largest rate decrease in company history and the lowest the rates have been in five years, a company spokesman said. The average residential customer will save $14 a month.

But even those bigger-than-average savings won’t be enough to create more jobs in the Florida panhandle — and definitely not the 12,043 jobs statewide over five years that the U.S. Chamber of Commerce predicted in a study released last year — if dry-cleaner owner Tenniswood is any indication.

At his main Vick’s Cleaners location in Pensacola, Tenniswood, 50, said the monthly electric bill used to total about $7,500. In December his bill dropped to $4,500. But he attributed most of the $3,000 savings not to Gulf Power’s rate reduction, but rather to recently installed energy-efficient equipment. About 10 percent of the savings — or $300 — came from the lower electric rate, he said after looking at his electric bill, which listed the savings from the rate reduction. The savings from the tax law were so small that Tenniswood didn’t know his electric bill had dropped because of the tax law until contacted by a reporter.

“I hadn’t noticed until now the lower rate helped us along in those savings,” Tenniswood said, estimating the lower rates would save him roughly $15,000 annually across all his locations, which vary in size. Those kinds of savings are not near enough to hire another employee, Tenniswood said, adding that he’ll use the extra money to invest in more-efficient equipment.

Tenniswood’s experience falls in line with what Kimberly Burham, managing director of legislation and special projects at the Penn Wharton Budget Model, believes will happen with electric rates in the future. In the long-term, utility rates will fall only 0.5 percent because of the tax law, she predicted.

“That’s a fairly small change, and we don’t expect to see a lot of different behavior due to that,” Burham said, adding that the reduction makes an equally small difference to companies that use very little energy or even those that use a lot.

Among the heavy users is WeWork, one of the largest renters of office space in New York City. The company leases more than 5.2 million square feet of shared workspaces to workers and companies. Assuming the average price per square foot to power an office building is $1.34 per year, a 2 percent reduction in an electric bill would amount to about $140,000 in savings for WeWork in New York City.

For a company with an estimated $1.8 billion in 2017 revenues, the savings are less than a rounding error.

“That’s a very small amount of money for a company like WeWork,” Burham said. “We do know a lot of benefits of the tax cuts have disproportionately gone to higher income Americans, but in [the] case of utilities’ customers, the savings seem to have been equally small to Americans of all income levels.”