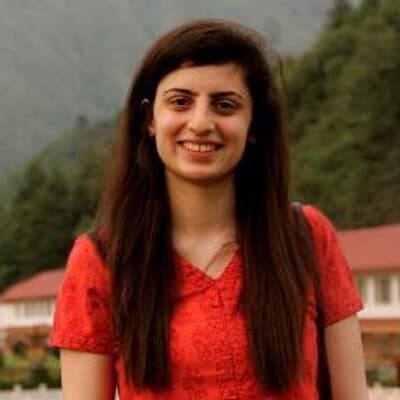 The multimillionaire governor of Nebraska, Pete Ricketts, has poured more than $66,000 into his own re-election war chest, and political forecasters have declared the Republican “heavily favored” to win his red-state seat.

Even so, major corporations such as Union Pacific Railroad, beermaker Anheuser-Busch Inbev SA, Kiewit Infrastructure Co. and other groups have put at least $1.6 million combined into Ricketts’ campaign, according to data from the National Institute on Money in Politics.

Ricketts is one of eight governors whom experts consider likely to win re-election by comfortable margins, out of the 19 incumbents running. But though these safe governors — in Alabama, Arkansas, Hawaii, Massachusetts, Nebraska, New York, Texas and Vermont — may cruise easily to victory, together they have already amassed at least $135 million in donations, according to a Center for Public Integrity analysis. Close to a third of it has come from groups such as trade associations, lobbying firms or corporations.

Why give to someone who isn’t in a desperate crunch to buy mailers and TV ads? Experts say the answer is likely an effort to court power. Donations can open the door to face time with state executives, which especially benefits regulated businesses and similar interest groups that are more likely to lobby about specific policies. And the safer the seat, the safer the bet.

“They’re trying to curry favor with an incumbent governor,” he said. “Policy tends to conform to what donors prefer. … Voters’ views, at best, have kind of a mixed influence.”

For example, Kiewit, the Nebraska-based construction giant that gave $25,000 to Ricketts, is currently competing for a state Department of Transportation contract to complete an expressway project.

Ricketts and Kiewit did not respond to requests for comment.

The war chests that governors collect can be used to shore up power, as the state executives can give to legislative candidates on their side of an issue or save up funds for a future race.

And when they do spend, it’s on more than just yard signs. Incumbent governors have tapped their campaign funds for everything from a $25,000 payment to Bon Jovi’s tour company to a $2,080 golf outing. State laws generally allow such expenses if they are for campaign — and not personal — purposes.

Ricketts’ campaign has spent more than $7,500 on baseball tickets to see the Washington Nationals play and more than $1,500 for gift bags from the Chicago Cubs, a team Ricketts co-owns. Both expenses were linked to fundraisers, the campaign said in its state filings.

“That is a lot of money and pretty unprecedented for Nebraska fundraising,” said Gavin Geis, executive director of Common Cause Nebraska, a nonpartisan government accountability group. “That’s D.C.-level fundraising… It goes to show what a deep-pocketed candidate can do to buy influence.”

But there’s probably nothing illegal about this under Nebraska law, according to Geis, because of the broad definition of what counts as a campaign expense.

And Geis worries that while Ricketts has not spent any of his campaign funds on University of Nebraska Cornhusker tickets, he has paid campaign money to his own Illinois-based business, the Chicago Cubs. “That stinks,” Geis said. “If they spend it on Nebraska sports teams, well, that stays in Nebraska.”

What do donors want?

Thirty-six states will elect governors this November. Seven of the eight safe governors made it through their primaries with comfortable margins. But that hasn’t slowed down their money machines.

Funeral home owner Loretta Spencer said she gave $15,000 to Alabama Gov. Kay Ivey after the Republican won her primary handily because she considers her a friend. Ivey, called a shoo-in for Election Day, raised more than $4.5 million.

Spencer, who successfully ran three times for mayor of Huntsville, Alabama, said it’s easier to collect funds as a candidate when you have little competition.

“It’s hard to raise money when there’s an uncertainty, especially at the corporate level,” she said. “A lot of industries come to the governor for economic development.”

Ivey’s campaign did not respond to a request for comment.

The eight incumbent governors considered to be “solid” this year by the Cook Political Report’s election forecasting have received 31 percent of their donations from corporations and groups compared with just 17 percent by sitting governors who face tougher races, according to the Center for Public Integrity’s analysis. That doesn’t include the amounts that the incumbents raised for other pet political action committees.

It’s not just local businesses giving to the safe governors. Companies with significant lobbying presences across the country dominate the list of donors to the eight governors whose re-election campaigns the Cook Political Report rates as “solid.” Drugmaker Pfizer, for example, gave to at least six of the eight safe gubernatorial incumbents this year, and telecom provider AT&T gave to five.

Both companies also gave to multiple other candidates of both major parties who are running for governor — and tend to be perennial donors in many state races. AT&T did not respond to a request for comment; a Pfizer spokeswoman said the company gives to strengthen incentives for innovation and access to medicines.

It’s difficult to tell what some big-dollar donors may want for their gifts, and political scientists have a hard time tracking what they actually get.

“A lot of times, big donors just want to keep things off the agenda,” said Jaclyn Kettler, a political scientist at Boise State University. “Most agree that at the very least it gets you more time and attention and an opportunity to actually share your policy needs.”

Average voters have a hard time getting a meeting with a governor to share their views compared with large donors who are more likely to have their phone calls answered or even win appointments to commissions or boards, said Mark Jones, a fellow in political studies at Rice University’s Baker Institute for Public Policy.

“The governor is more likely to be supportive of policies that [donors] support rather than the policies that the person who hasn’t given any money supports,” Jones said.

Utah Republican Gov. Gary Herbert, who is not up for election this year and thus is not counted among this year’s “safe eight,” offers an example of the kind of access that governors can grant their financial backers. He once described himself as “Available Jones” in reference to his willingness to meet with donors to his 2016 campaign.

Natural gas producers QEP Resources and Newfield Exploration each gave Herbert’s campaign $5,000 within a day of each other in 2016. The next year, as reported by Politico, Herbert wrote a letter to the federal government urging it to relax smog standards for drillers in Utah, with language nearly identical to the talking points of the companies’ lobbyist.

“I can assure you that it was the governor’s policies and collaborative efforts on behalf of all Utahns that prompted broad financial support for his re-election, not the other way around,” said Paul Edwards, deputy chief of staff to Herbert. “The genesis of the letter was not from one stakeholder, but from the ongoing deliberation of many stakeholders over an extended period of time.”

Even though Herbert has said he is not running for re-election in 2020, the Republican has still raised more than $860,000 combined among his various political action and campaign committees, according to The Salt Lake Tribune.

“He is getting a lot of encouragement to run again,” said Derek Miller, a political adviser for Herbert. “I would say, ‘Never say never.’”

In New York, a long list of real estate developers has given to Democratic Gov. Andrew Cuomo’s re-election campaign, which raised more than $34 million.

Cuomo has downplayed any suggestions that large contributions affect his decisions. “I don’t care if the person gives a lot of money or the person gives a little bit of money,” Cuomo told reporters in August. “If you are a person who is influenced by donors, you shouldn’t be in this business.”

If they don’t need it for tight races, governors in many states can use campaign funds to increase their influence by giving to other candidates or party committees. Cuomo is using some of the fundraising haul to his campaign and a federal PAC to try to flip key New York state and federal seats from red to blue, according to a spokeswoman for his campaign. So far, he has maxed out donations with contributions of $2,700 to 10 congressional representatives and has also hit individual limits with at least $80,000 spent on state candidates.

But Cuomo has also used his campaign funds to pay more than $25,000 to Bon Jovi Tours Inc. earlier this year. The rock band recently performed at a fundraiser to celebrate the governor’s 60th birthday. He also spent more than $4,400 on holiday gifts from Bloomingdale’s, upwards of $74,000 on the New York Yankees and the Mets and over $122,500 for tickets to the Broadway musical “A Bronx Tale.” All of the expenses were for fundraising purposes, a campaign spokeswoman said.

Cuomo is not the only seemingly safe governor who has raised tens of millions of dollars. In Texas, Republican Gov. Greg Abbott enjoys approval ratings as high as 60 percent, and polls indicate a comfortable lead over his Democratic challenger Lupe Valdez. Experts consider the race a done deal. Yet Abbott raised more than $65 million through the end of June, at least a hundred times Valdez’ total of just over $475,000.

Many of Abbott’s backers appear to be consistent Republican donors, and they face no giving limits in the state. While direct corporate contributions to candidates are banned in Texas, Abbott still received millions in contributions from donors whose companies have an interest in the workings of Texas government. For example, Abbott took in $140,000 from telecom provider AT&T’s employee PAC, $125,000 from the Texas Association of Realtors and nearly $1.3 million from Doug Pitcock, whose company, Williams Brothers Construction, regularly wins contracts to upgrade Texas roads.

Pitcock, the Realtors association and AT&T did not respond to requests for comment.

“The campaign funds carry over to future elections so they can serve as war chests,” said Candice Nelson, an American University professor and campaign finance expert. “They can deter competition in the general elections but also in the primaries.”

Abbott faced no serious competition in the March GOP primary and won with 90 percent of the vote, beating little-known candidates Barbara Krueger and Larry Kilgore, a secessionist.

Like Cuomo, Abbott is using his campaign funds to increase his stature with other officials. Abbott’s campaign paid for ads for candidates in a special election earlier this year, and it will help out more Republicans this fall, said John Wittman, Abbott’s campaign press secretary.

Incumbent governors expected to win their races comfortably have a standard explanation for why they continue to amass funds: No seat is ever really safe.

“Midterm elections generally favor the party out of power,” Wittman said. “We’re not going to take anything for granted. We’re going to run the campaign just as we would no matter who the competition is.”