Wrapped in an American flag, Angel Nolan prostrates herself as she prays on the front steps of the state Capitol in Jackson, Miss., Thursday, May 2, 2019, during the National Day of Prayer. (AP/Rogelio V. Solis) 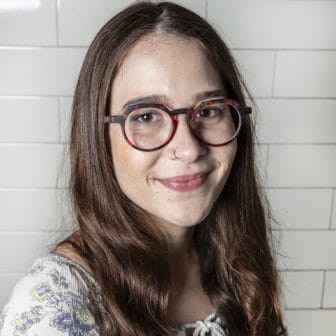 The State Integrity Investigation is a comprehensive assessment of state government accountability and transparency done in partnership with Global Integrity.

Beneath the soaring dome of Mississippi’s Capitol building, lights shine on a small bust of a blindfolded woman meant to portray “blind justice.” But she could just as easily represent the 3 million citizens of this deeply conservative Southern state, where transparency and accountability often seem like little more than abstract notions.

Political candidates are free to raise unlimited sums here, and can spend that money largely as they choose, even for personal use. Both the legislative and judicial branches are largely exempt from the state’s open records law. The state ethics commission rarely uses its power to investigate public officials and does not make public all of the cases it does pursue.

Perhaps as a result, state government has been plagued by a series of scandals in recent years. In February, the former Department of Corrections commissioner pleaded guilty to corruption for accepting some $2 million in bribes over eight years in exchange for directing hundreds of millions of dollars in contracts to private businesses.

In light of all that, perhaps it’s not surprising that the Magnolia State earned a score of 61, or D-, in the State Integrity Investigation, a data-driven assessment of state government accountability and transparency conducted by the Center for Public Integrity and Global Integrity, placing Mississippi 33rd out of 50.

That’s a major drop from 2012, when the state ranked sixth, with a score of 79 or C+. The two scores are not directly comparable, however, due to changes made to improve and update the project and methodology, such as eliminating the category for redistricting, a process that generally occurs only once every 10 years.

“I think because of its conservative nature,” said Curtis Wilkie, a veteran reporter and a fellow at the University of Mississippi’s Overby Center for Southern Journalism and Politics, “that this state is naturally not going to reveal a lot of the things that go on in its government.”

The state’s worst performance came in the category of political financing, in which Mississippi came in dead last with a score of 34. And perhaps no case highlights the reasons for that better than that of State Auditor Stacey Pickering.

From 2007 through 2014, the man charged with keeping the state’s books in order reportedly used campaign funds to purchase an RV (according to his wife, it helped them make Disney’s Fort Wilderness Resort & Campground their “second home”), a $3,082 garage door and $136,000 in non-itemized campaign travel reimbursements over three non-election years.

In July, The Clarion-Ledger reported that federal investigators were looking into the purchases, but it’s unclear whether any of them were illegal.

There’s no state law preventing officials from using campaign funds for personal reasons in Mississippi, but Geoff Pender, political editor at The Clarion-Ledger, said his actions may have violated other state and federal statutes, such as tax evasion.  “It’s a gray area,” Pender said. “It always has been.”

Pender cited a 1978 attorney general opinion that says a campaign contribution “is not a gift to be used as a person may please.” If a candidate uses funds for personal expenses, the opinion says, the money “could be considered income and subject to income tax.” It’s unclear whether Pickering has reported any of the funds as income, but he did tell The Clarion-Ledger that, “I paid my income taxes.”

In response to questions from the Center, Merle Flowers, Pickering’s campaign spokesperson, would not directly say whether or not Pickering used campaign funds for personal purchases, but he insisted that the auditor has “complied with every federal and state law.” A Pickering statement said the vehicles were used for campaigning, as were the reimbursed expenditures, and that the garage door was a legitimate official security expense.

Other officials have also used campaign funds for seemingly personal expenses, without prompting any backlash or public investigations.

The state has no limits on contributions from individuals to candidates, political parties or political action committees. While there are limits on corporate contributions, the secretary of state’s office, which is charged with receiving campaign finance reports, does not audit the reports and “has neither the authority nor the obligation to ‘identify’ a campaign finance reporting violation,” said Pamela Weaver, a spokeswoman for the agency.

While the state earned its lowest score for campaign finance oversight, it hardly fared better in regard to public records access.

After a citizen’s initiative campaign requested emails between Lt. Gov. Tate Reeves and Gunn, the house speaker, in August, they were denied because of a law that gives the legislature the authority to regulate access to its own records. Technically speaking, Reeves is a member of the executive branch. But he’s also president of the Senate, and a spokeswoman for the lieutenant governor told a reporter that his office was handling the case according to Senate rules.

“It’s hit or miss in Mississippi,” said Anita Lee, a reporter for the Sun Herald.

It took Lee more than a year to obtain documents from the Department of Marine Resources amid a sprawling scandal that led to the firing of the agency’s director, Bill Walker, in January 2013. Walker eventually pleaded guilty to defrauding the government by using public funds to purchase property from his family, and last year was sentenced to five years in prison.

The release of the records came only after a chancery court judge found Pickering, the auditor, in contempt of court for failing to produce the documents, which he had seized from the Department of Marine Resources. Lee said she thinks the department withheld records from its final release without notifying her.

“There just seems to be this overall paternalistic attitude,” Lee said. “The attitude is, ‘We know what’s good for you. We’re going to take care of it, and you just need to trust us. You don’t need to know what’s really going on.’”

The Mississippi Ethics Commission has broad authority to initiate investigations and hold violators accountable. But followers of state politics say the agency does not appear to aggressively exercise those powers or seek penalties when public officials violate the law.

It’s impossible to know for sure how many investigations the commission has pursued, because some cases remain confidential. The commission did provide the State Integrity Investigation with a record of cases litigated since 2013, which listed just five and did not specify what the violations were.

But apparently the commission does not maintain even a comprehensive list of cases it does make public – Executive Director Tom Hood said there could be others it didn’t provide. “It’s the best [the investigative assistant] could do,” he said.

Hood said the commission is able to help public officials avoid violating the law by publishing advisory opinions in response to requests. Several other agencies can also investigate and impose penalties on offenders of ethics laws, including the attorney general’s office and local district attorneys. But they don’t amount to much, say advocates for greater oversight.

“They’re all pretty toothless. They really don’t do much,” said Wilkie, the longtime Mississippi journalist, referring to the state’s oversight entities. “I don’t look to them for deliverance.”