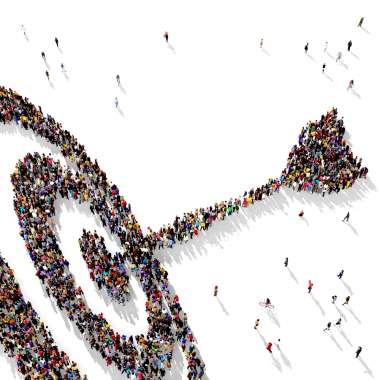 The State Integrity Investigation has sparked or accelerated reform efforts from elected officials in several states. They’re taking steps toward lowering their state’s corruption risk through increased transparency and accountability.

In August 2012, Delaware Gov. Jack Markell signed a bill to increase lobbyist disclosure. In support of the bill, lawmakers had cited the state’s 42 percent ‘F’ grade in the Lobbying Disclosure category, while Gov. Markell said he hoped this and other measures would give Delaware a better grade than the C- it received on its Corruption Risk Report Card.

In 2014, Gov. Neil Abercrombie signed two bills to strengthen lobbyist reporting in the state. One shortens the allowable time for lobbyists to report their spending after special sessions, while the other requires lobbyists to itemize their spending. Abercrombie had threatened to veto a third bill that expanded the state’s financial interest reporting requirements to members of 15 boards and commissions. The law, which went into effect in July 2014, has led more than two dozen members of those boards to resign rather than comply with the new reporting requirements, according to Honolulu Civil Beat.

The lobbying bills were authored by state Sen. Les Ihara, Jr., who had previously joined with a group of academics and journalists in a project aimed at improving lobbying oversight and transparency in the state. The project used the results of the State Integrity Investigation, which gave the state a D- for lobbying disclosure, to determine what measures would help improve the grade.

After the Senate started the 2013 legislative session with a new rule implementing a $100 lobbyist gift cap, Gov. Nathan Deal signed a law implementing a lower, $75 cap on gifts from lobbyists to public officials. The move enacted the state’s first limits on such gifts, putting Georgia in line with nearly every other state in the nation. While advocates for tighter ethics laws welcomed the move, they raised concerns about several exceptions to the cap.

The law was the culmination of a multi-year effort by a coalition of groups, including Common Cause Georgia, which used its state’s failing grade and 50th place ranking as evidence to push for a lobbyist gift cap. The state League of Women Voters chapter also cited the State Integrity Investigation in a legislative questionnaire, asking a prospective candidate what she would do to earn the state a better grade.

In May 2012, Iowa Gov. Terry Branstad mentioned the state’s C+ grade in the State Integrity Investigation during the signing ceremony of a bill to improve open records access. Branstad’s signature was the final step in creating the new Iowa Public Information Board, an independent body made up of journalists, local government officials and citizens, which will oversee appeals, disputes and violations of open records and open meetings law. The public access to information category was Iowa’s only ‘F’ grade on its Corruption Risk Report Card.

Gov. Rick Scott signed sweeping ethics and campaign finance reform bills on May 1, 2013, addressing at least some of the weaknesses that led to the state’s grade of C-. The ethics bill gives additional powers to the ethics commission, extends a ban on lawmakers lobbying after they leave office, and writes into law a ban on voting on bills that affect members’ financial interests. The campaign finance bill increases the frequency of reporting and eliminates a type of committee that lawmakers used as slush-funds, but it also loosened restrictions on other committees and increased limits on campaign contributions to candidates.

Integrity Florida has used the State Integrity Investigation results to write two follow-up reports for Florida, which include recommendations for new laws and practice that would insure greater accountability in state government. Executive Director Dan Krassner has met and discussed the State Integrity Investigation results with the state ethics commission, Chief Financial Officer Jeff Atwater and senior staffers for Gov. Rick Scott, and has used the report to push for ethics reform legislation.

Maine passed several reform bills in 2013, including legislation that expanded financial disclosures for lawmakers and members of the executive branch and new restrictions on the revolving door between government and lobbying firms. Throughout the session, Gov. Paul LePage and state lawmakers had cited the state’s poor showing in the State Integrity Investigation as evidence of a need for reform.

House Minority Leader Emily Cain also proposed a bipartisan task force in 2013 to review Maine’s ‘F’ grade on the Corruption Risk Report Card, which would review the findings and make recommendations for the upcoming legislative session.

Gov. Lincoln Chafee announced a transparency initiative in January 2013 that will publish state documents on a new online portal. The site will display audits, contracts and other financial documents in searchable format. Chafee’s office has been working with Global Integrity, a partner in the State Integrity Investigation, to bolster open government practices.

California legislators are linking the state’s poor performance in several categories to a series of bills that would shed light on the state’s legislative process. In support of proposals meant to increase transparency, the Assembly Republican Caucus cited California’s grades of ‘C-‘ for the Budget Process category, its ‘C’ grade for Legislative Accountability, and ‘D-‘ grade for Public Access to Information. Among the reforms proposed in the transparency package is a bill that would make the legislative documents more accessible to open records requests.

Michigan legislators cited the state’s ‘F’ grade on the Corruption Risk Report Card in pushing a broad package of ethics and transparency reforms, which includes 16 proposed bills and one constitutional amendment. House members successfully pushed the “Reform Government Now” package to the floor with bipartisan support.

While the legislature did not pass the measures in 2012, House Democrats introduced the slate of transparency and ethics bills again in 2013 as part of the national Sunshine Week, and the bills are still pending in 2014.

Ohio legislators recommended a bipartisan task force in 2012 to review ethics laws and proposals to increase state government transparency, as a response to the ‘D’ grade on Ohio’s Corruption Risk Report Card. The lawmakers used the occasion to call on the House leadership to allow votes on a series of bills the group had introduced earlier in the session. Among the reform proposals were increased regulation of independent expenditures by corporations and unions, and a plan to increase transparency of public-private partnerships.

Voters First used a PDF print-out of Ohio’s Corruption Risk Report Card as part of its ballot initiative to change the redistricting sytem in Ohio. The initiative, which would have taken the process out of the legislature’s control and create a 12-person citzens commission, failed to garner enough votes in the November elections, but Voters First says it will continue to push for redistricting reform.

South Carolina legislators announced a proposal to overhaul ethics laws after the state received an ‘F’ grade on its Corruption Risk Report Card. Among the proposals was a plan to upgrade the State Ethics Commission, and a two-year prohibition on lobbying activities for outgoing legislators. While the proposal did not become law, it was just the beginning of a concerted reform effort from the Gov. Nikki Haley and the legislature.

In October 2012, Gov. Haley announced the creation of a commission on ethics reform that will present recommendations to the legislature for consideration after the 2013 legislative session begins in January. Republicans and Democrats in the state House and Senate also appointed three separate panels to hold hearings and generate ideas to be part of broad ethics reform.

In her 2013 State of the State address, Gov. Haley cited the State Integrity Investigation findings in a call for meaningful ethics reform, noting that South Carolina received failing grades in nine of 14 categories. Weeks later, a high-ranking Republican Senator filed bills that would require full financial disclosure for legislators, would require shadowy campaign committees to disclosure their donors, and would give the independent Ethics Commission the power to enforce ethics rules in the legislature.

Lawmakers in Vermont proposed a bill in February 2014 that would enact ethics guidelines for public officials, create an ethics commission to oversee the rules and would require a “cooling off” period before outgoing legislators can lobby their former colleagues. The bill was based on recommendations from Campaign for Vermont, an advocacy group that cited the State Integrity Investigation’s report card for the state in calling for the reforms.

Advocacy group Regnat Populus has maintained a campaign to put an ethics reform package before voters as a ballot measure. In 2012, the group used a PDF print-out of their state’s Corruption Risk Report Card as part of its effort to gather signatures for a proposal. Regnat Populus’ drive for signatures fell short, but along the way their effort picked up endorsements from leaders in both political parties and Gov. Mike Beebe. In 2013, lawmakers included proposals in a bill that called for a ballot initiative, but in April 2014, the state attorney general’s office rejected the wording of the initiative.