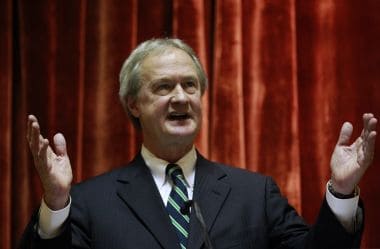 The state of Rhode Island will broaden access to government information through a new online portal under an initiative announced Thursday by Gov. Lincoln Chafee. Chafee said many documents will be available immediately and that the state will continue to add audits, contracts and other financial documents to the website over the next 18 months.

“The people of Rhode Island deserve more and better information about the operation and management of their government,” said Chafee in a statement. “I believe that greater openness and transparency will ultimately strengthen our citizens’ faith in their government, bolster our national reputation, and increase our economic competitiveness.”

The new “Transparency Portal” provides easy access to government financial data and documents. Users can search for contracts by bid number or vendor, sort through government expenditures or file a public records request, all on one site.

Chafee, an Independent, has promised in the past to improve transparency. In June, he signed a bill that broadened the state’s public records laws.

Some documents published on the new site had been accessible elsewhere, while others, such as contracts, had to be requested through open records laws.

“It seems to be as much about accessibility as it is about transparency,” said John Marion, executive director of Common Cause Rhode Island.

Christine Hunsinger, a spokeswoman for the governor, said his administration would like journalists and the public to try out the site and report back on what type of additional information they’d like to see included. “It’s an ongoing, iterative process,” she said.

Rhode Island earned a B- for its access to public information from the State Integrity Investigation, a 50-state ranking of transparency and corruption risk released in March. The project is a collaboration between Global Integrity, Public Radio International and the Center for Public Integrity. Global Integrity has been working with Chafee’s office to help bolster the state’s open government practices. Rhode Island received an overall grade of C from the State Integrity Investigation, which ranked it ninth among the states.