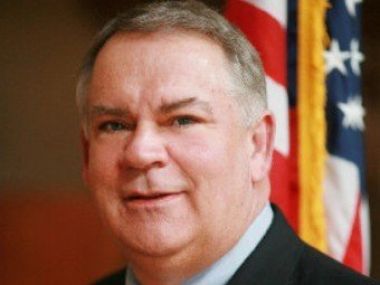 Georgia’s House Speaker says the ethics reforms he’s proposed this week could bring about a major shift toward cleaner government in the Peach State. But reform groups believe the initiatives may just represent politics as usual.

Speaker David Ralston introduced a bill that would ban gifts from lobbyists to lawmakers and restore the state ethics commission’s rule making authority, which the legislature stripped years ago. But the bill would also broaden the definition of who is a lobbyist to ensnare citizen volunteers, a move that has infuriated both liberal and conservative open-government advocates.

The bill requires nearly anyone who tries to influence a public official to register as a lobbyist, a step that requires hundreds of dollars in annual fees and as well as regular reporting of activities. It excludes constituents who make appeals to their own representatives. William Perry, executive director of Common Cause Georgia, said the language could theoretically include someone who posts a petition on a Facebook page, and that the definition’s constitutionality is questionable at best.

“I think it’s an old political trick with a poison pill,” Perry said. “You put forth this law that sounds great and makes you look tough on ethics laws and you put in something that no one will vote for.”

The central piece of Ralston’s bill is a measure that would ban most lobbyist gifts to individual members of the legislature. Currently, Georgia is one of the few states to have no limit on such spending. The state Senate passed a rule earlier this month that enacted a $100 cap on each gift, and lawmakers have introduced bills that would put the cap into law. Ralston criticized the Senate rule as a “gimmick” and promised to go further.

“It’s going to be a different way of doing business around here,” Ralston told the Atlanta Journal Constitution after announcing his bill on January 29.

But critics say Ralston’s bill contains many of the same loopholes as the Senate rule. It would allow lobbyists to pay travel costs if they invite lawmakers to a conference. It also allows lobbyists to give to committees and subcommittees, which can consist of as few as one lawmaker. “You could appoint every legislator to a subcommittee of one and it basically takes the ban away,” Perry said.

Ralston’s bill would also restore rule-making authority to the Government Transparency and Campaign Finance Commission, the state’s ethics oversight body. The legislature removed this authority in 2009, and one result is that the agency has been unable to collect many late filing fees.

The Speaker filed a separate bill that would require additional campaign finance disclosures. But that measure would also effectively roll back some advances made in recent years on improving transparency of campaign finances in local elections, Perry claimed.

Georgia ranked last among 50 states in the State Integrity Investigation, a review of government accountability and transparency. The state’s poor showing contributed to a growing reform movement last year. Ralston’s proposals are just two of many ethics bills expected to be introduced this session, which opened January 14.

Perry said his group plans to present the State Integrity Investigations findings to a House panel today to press for amendments to Ralston’s bills. He said it is unlikely the Senate would pass the bills as they are currently written.