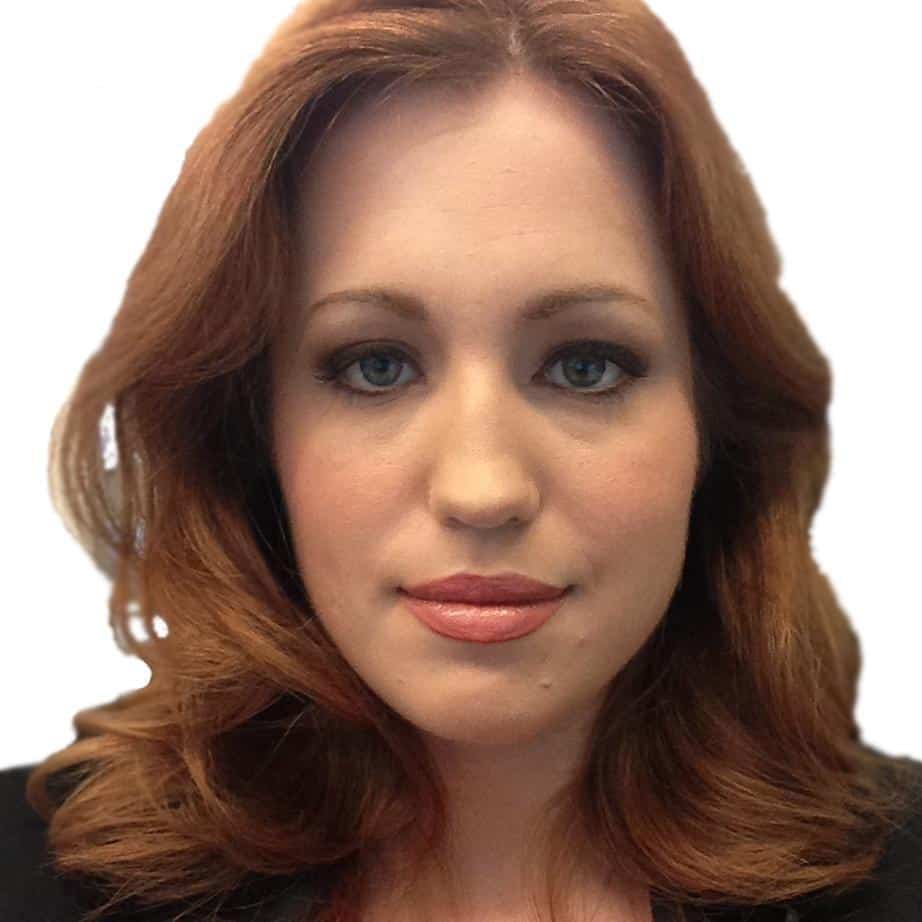 Despite his vast wealth, Sheldon Adelson was not exactly a household name when the Republican presidential primary campaign got under way. But the casino magnate’s multimillion-dollar contributions to a pro-Newt Gingrich super PAC ended that.

Adelson’s support was linked to a shared stance with Gingrich as staunch supporters of Israel. Not quite so well publicized was Adelson’s financial stake in who wins the presidency.

A second Obama term, thanks to the incumbent’s proposed tax policies — could cost Adelson billions if he brought home profits earned at his overseas casinos, according to tax experts.

Since Gingrich flamed out in the primaries, Adelson and his wife Miriam have shifted their allegiance to GOP presidential nominee Mitt Romney, giving the pro-Romney super PAC Restore Our Future $20 million.

With Romney as president, Adelson, the billionaire chairman and CEO of the Las Vegas Sands Corp., could bring his profits home tax-free.

The Las Vegas Sands’ overseas operations account for 86 percent of its revenue from casinos, hotels and shopping, according to its 2011 annual report to the Securities and Exchange Commission. The Sands’ most lucrative holdings are in Macau, a special administrative region in China.

Super PACs like Restore Our Future can accept unlimited contributions from billionaires, corporations and unions and spend the money on ads helping their favorite candidates, thanks to the U.S. Supreme Court’s 2010 Citizens United decision.

Adelson and family’s nearly $54 million in contributions through Oct. 17 to conservative super PACs puts the gambling industry at second place among super PAC donors’ corporate interests, according to the Center for Public Integrity’s analysis of data from the Center for Responsive Politics and the Federal Election Commission.

With no limits on giving, economic analysis of donations to super PACs are more about a few wealthy individuals’ interests than fulfilling an industry’s legislative goals.

Adelson and family are responsible for more than 98 percent of all casino industry contributions to super PACs — or $53.7 million out of $54.6 million — but his legislative agenda does not necessarily reflect that of the American Gaming Association, which lists as major issues online gambling and visa reform to allow more high rollers to come to American casinos.

The top industry-donor to super PACs in the 2012 election cycle by far has been securities and investments at roughly $94 million, according to records.

The list of donors is dominated by a relatively small number of extremely wealthy hedge fund and private equity millionaires and billionaires. The top 10 individual donors to this industry are responsible for almost half of its super PAC contributions. Twenty-one people and two corporations have given $1 million or more.

The third-leading industry-donor, chemicals and related manufacturing, accounts for $31 million of all super PAC contributions, and almost $27 million comes from Harold Simmons, his wife Annette and his company. Contran Corp. controls several subsidiaries involved in chemical manufacturing, waste disposal and other businesses.

Topping Simmons’ agenda is minimizing the regulatory reach of government, according to an interview he gave to The Wall Street Journal in March. Many of Contran’s subsidiaries are subject to environmental regulations that cut into profits.

The fourth-leading donor by industry is real estate at about $23 million thanks to seven-figure donations from the National Association of Realtors and Harlan Crow and Crow Holdings. The NAR favors access to credit and tax breaks so more people can afford to buy homes.

Fifth is the homebuilding industry with about $22 million, again a category dominated by a single wealthy individual — Texan Bob Perry. He has given $21.5 million to conservative super PACs to date.

Perry is perhaps best known for financing the Swift Boat Veterans for Truth ads during the 2004 election that helped sink John Kerry’s presidential campaign, but he has been a major donor to Texas political campaigns since the 1980s. He favors limiting damages a jury can award plaintiffs in civil suits.

Romney is ‘one of them’

The largest donors from the investment industry are not investment banks but an exclusive sub-group known as “alternative investing” — hedge funds and private equity firms.

Among the 26 donors to Restore Our Future who have given $1 million or more, 11 are in the hedge fund or private equity business.

Among the alternative investment industry’s top donors are Robert Mercer, a co-CEO of the hedge fund Renaissance Technologies, who gave $1 million to Restore Our Future and $600,000 to Club for Growth Action, which favors eliminating the capital gains tax.

Eighty percent of super PAC contributions from the investment community have gone to conservative super PACs, according to the Center’s analysis.

James Simons, the founder of Renaissance Technologies, and George Soros*, the chairman of the hedge fund Soros Fund Management, have given a combined $10.1 million to pro-Obama and pro-Democratic super PACs.

Romney himself was a private equity man in his days at Bain Capital, which he co-founded.

Romney has said he would maintain, lower or eliminate the capital gains rate at various points during the race. Low rates benefit hedge fund and private equity managers, whose compensation comes primarily from investment returns.

Obama supports treating this type of compensation as regular income and subject to income tax rates up to 39.6 percent. In addition, Obama advocates raising the capital gains rate to 20 percent.

Romney was not Adelson’s top choice. Adelson invested $16.5 million in former House Speaker Gingrich via Winning Our Future, the primary pro-Gingrich super PAC, before the candidate dropped out May 2.

Now the top supporter of Restore Our Future, Adelson has said he is willing to spend $100 million electing Romney and a Republican Congress. The spending has made him newsworthy.

Adelson’s steadfast and occasionally controversial positions on Israel’s national security have also increased his profile in the national media and provided fodder for the opposition.

He opposes a two-state solution for Israel and the Palestinian Authority, once calling it a “stepping stone for the destruction of Israel and the Jewish people.”

He was also once one of the biggest backers of AIPAC — the American Israel Public Affairs Committee. But Adelson broke off relations with the group in 2007 when it supported increasing U.S. economic aid to Palestinians.

Adelson shifted his financial support to the Republican Jewish Coalition, where he sits on the board. The politically active nonprofit has reported spending $4.6 million on ads attacking Obama.

In an op-ed for the JNS News Service, Adelson wrote that American Jews should not trust Obama when it comes to Israel.

“For Obama, the issue is only political; for Israel, it’s existential — a matter of survival,” he wrote.

On paper, both Obama and Romney have similar positions on Israel — they both are committed to having a “special relationship” with the nation.

“Where they differ is in the way the current president perceives Israel,” said Aaron David Miller, an Israel expert at the Woodrow Wilson Center. “Israel is more of a matter of national security interest than it is a values argument.”

“In part it’s a generational thing,” Miller said — Obama came of age after the Israeli occupation. “And in part it’s a matter of temperament.”

It is impossible to say for certain whether Adelson’s support of Romney is based on idealism or self-interest or both. Adelson’s spokesman refused to comment for this report.

Romney’s tax policies and Adelson’s financial interests are aligned, especially when it comes to tax treatment of overseas profits.

The Romney-backed “territorial tax system” would allow the Sands to bring its future foreign profits back to the U.S. free from U.S. income tax. Romney’s plan also calls for a “tax holiday” that would allow American companies with profits stashed abroad to repatriate them tax-free.

A 2004 tax holiday resulted in the repatriation of one-third of all offshore earnings, according to a report from the Congressional Research Service.

Experts predict a territorial system would have a similar effect.

“I think it is very likely that more foreign earnings will end up back in the U.S. than we would have under the current worldwide system,” said Kautter.

Will McBride, the chief economist at the conservative Tax Foundation, calls the U.S. income tax on foreign profits a “repatriation tax.”

“Naturally that discourages business from bringing that money back home,” he said.

Obama and others argue that a territorial tax system would encourage American businesses to move overseas.

The Sands holds $5.6 billion in in overseas profits, according to its 2011 annual report. Under Romney’s policy, Adelson and his company could repatriate it all for free.

The tax holiday combined with a switch to a territorial tax system would potentially provide a $1.8 billion tax break to the Sands the first year, according to a study from a liberal think tank, the Center for American Progress.

Adelson himself, as majority owner, stands to benefit.

“By a reasonable but conservative estimate, the tax cut he stands to get from Romney’s tax policies over a four-year term would be well over $2 billion,” said Seth Hanlon, the author of the study. “When you consider he’s going to spend $100 million on the presidential race, the return on investment is more than 2000 percent.”

*George Soros is the chairman of the Open Society Foundation, which provides funding for the Center for Public Integrity. For a list of Center donors, visit the website.

N.C.’s public financing system drowned out by outside spending