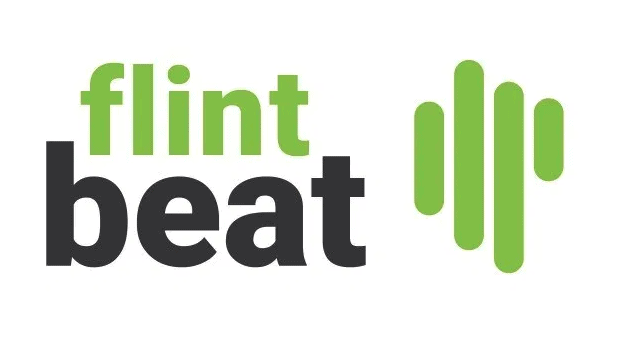 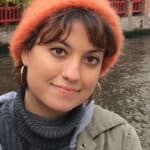 This story was published in partnership with Flint Beat.

Flint, Michigan — Following a warning from Michigan leaders about robocalls giving false information to voters, Flint community leaders took to social media to spread the truth, and state officials say an investigation is to come.

This morning, Michigan Attorney General Dana Nessel tweeted out that she had gotten “reports of multiple robocalls going to Flint residents that, due to long lines, they should vote tomorrow.”

Nessel wrote that these calls are “FALSE and an effort to suppress the vote.”

The truth is that today, Nov. 3, is the last day to vote, and Flint voters must be in line at the polls by 8 p.m. in order to have their vote counted.

Local Attorney Gregory Gibbs said he was told by a third party that the attorney general was alerted by a Voter Protection worker, although he said he did not know who the worker was, and did not personally witness the notification.

Pastor Chris Martin posted a video on Facebook alerting his friends and followers about the robocalls.

“First of all, you cannot vote tomorrow. Get the word out,” Martin said. “Secondarily, there are not long lines because 65% of people have already voted.”

Martin told Flint Beat that his brother-in-law received a robocall, but he could not be reached for comment.

First Ward Councilman Eric Mays said he was part of a Facebook live video showing residents that there were not actually long lines at the polls, in order to encourage them to come out.

Mayor Sheldon Neeley issued a statement earlier today in response to the “disturbing reports of misleading robocalls” reminding residents that they “must deliver their absentee ballot, cast their vote, or be in line at the polls by 8 p.m. to have their vote counted.”

Neeley said that there were “lines of voters at several Flint polling locations when they opened at 7 a.m., but things seem to be moving quickly and smoothly now.”

President of the Flint NAACP branch Frances Gilchrist said this type of voter suppression is “nothing new.”

“We’re used to our vote being challenged, that’s one of the reasons we exist– because we have disenfranchisement and people trying to intimidate us as voters,” Gilchrist said. “As hard as we’ve tried to get people more engaged in the process, that’s the tactic some people have used to try to keep us not engaged.”

Gilchrist said four years ago people hung signs up at polling locations in minority neighborhoods on election day telling people to “vote tomorrow” and that they were extending voting time.

She said their branch had people at polling sites doing “election protection,” as well as people sending text messages to voters letting them know the calls are untrue.

“We have to do what we have to do to make sure we encourage people to vote,” Gilchrist said.

Ryan Jarvi, press secretary for the Michigan Department of Attorney General, said any robocall investigation by the agency likely wouldn’t start until after the election.

“Our primary focus at this stage is to let voters know when we’re aware of misinformation, and provide them with accurate information,” Jarvi said in an email.

The Federal Bureau of Investigation said only that it was “aware of reports of robocalls” and “encourages the American public to verify any election and voting information they may receive through their local election officials.” The Washington Post, quoting an unnamed Trump administration official, reported that the FBI had launched an investigation.

The Michigan Department of State received no reports of the robocall that went to Flint voters reaching people in other areas, agency spokesman Jake Rollow told reporters in a mid-afternoon press conference.

The agency also had received no reports of voter intimidation at the polls, he said.

“It’s actually been a very quiet day,” he said.

The agency doesn’t know how many Flint voters received the call.

“We haven’t heard from clerks or from community members that there are people who are heeding what they heard on this robocall,” Rollow said. “That said, we want to be very proactive to make sure everyone has the accurate information.”

The Flint robocalls were far outnumbered by calls around the country telling voters to “stay safe and stay home.” The FBI is also investigating those, the Post reported.

Yasmine Chubin, a legal consultant who attended law school at the University of Michigan, said she got one of those calls.

Chubin lives and works in D.C., but she has a Michigan phone number.

She got a call this morning from a Puerto Rican phone number and just repeated the message, “This is an emergency call. Stay home and stay safe,” a few times.

Chubin said she didn’t believe the call and immediately recognized it as “an intimidating robocall.”

“But it didn’t state any affiliation, so I can see it worrying some people and intimidating them into not voting,” she said.

Chubin had already voted early in D.C., but said she has received “many other odd calls and texts during the campaign – mostly anti-democrat,” which she thinks is due to her Michigan phone number.

“Robocalls are a bigger issue this year than in prior years,” said Kristen Clarke, executive director of the Lawyers’ Committee for Civil Rights Under Law, which is monitoring election problems nationwide.

Eileen Hayes, executive director of Michigan Faith in Action, a nonprofit organization that works on social-justice issues, including voting rights, has yet to hear from someone in Flint who got the robocall. She spent the day visiting polling locations in the area and said things were going well.

“It’s been very smooth,” she said. “I think that’s one of the benefits of so many people voting early – there are fewer people actually voting on the day of.”

Carrie Levine contributed to this report.

The painful, winding path toward a more perfect union

Democracy is in peril. But it’s not too late to turn the tide.