As an ultra-late entrant, can the former New York City mayor convince Democratic voters to back a billionaire? 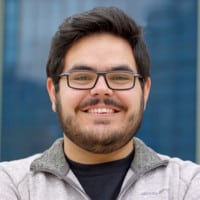 After being discussed as a potential candidate in each of the 2008, 2012 and 2016 races, billionaire businessman, philanthropist and political activist Michael Bloomberg has finally declared his candidacy for the 2020 presidential election — after earlier this year saying he wouldn’t run.

Bloomberg’s late entry into the Democratic presidential party comes amid the ascendence of Sen. Elizabeth Warren, a liberal U.S. senator from Massachusetts, and the perceived underperformance of the comparatively moderate Joe Biden, the former vice president. Former Massachusetts Gov. Deval Patrick, like Bloomberg, also waited until the 11th hour to declare his presidential ambitions.

Despite leaving office as New York City’s mayor in 2013, Bloomberg has unreservedly used his personal wealth, his super PAC and his connections to help advance political and social causes important to him. Whether it’s about gun violence, the environment, soda sizes or police and racial issues, Bloomberg has rarely hesitated to wade into the political fracas.

He also has a history of conflict with President Donald Trump, who in 2016 said Bloomberg didn’t have “the guts to run for president.”

They promise to help families of fallen officers. But they’re mostly paying telemarketers.

Will he stop the on going racism by Trump supporters. Help more people with their financial prosperity, and stop the problems with police killing others for no reason. We really need help here in the south

mike bloomberg is just another nancy pelosi all talk why would i want you to run the country wene your own state is in chaos!!! and your ideas are with the far out leftess who rebuilt new york ???? not mike bloomberg!!!!! we the people did!!! the united states we all pulled together and did it come on people lets see the facts trump went threw the ringer and they have no evidence!!! you got solid proof of obama,clinton,biden!!!!they should all be locked up but democrates want to spend our money on a fishing expedition wene they should be working… Read more »