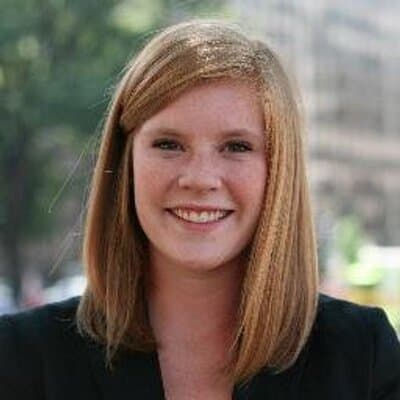 It’s tomorrow. And most of the Stephen Colbert-inspired political action committees formed in the mold of the comedian’s satirical super PAC “Americans for a Better Tomorrow, Tomorrow” have fallen by the wayside.

During the past year, most of Colbert’s super PAC spawn have followed Colbert’s lead and terminated their PACs, some of which the comedian featured on his Comedy Central show “The Colbert Report.”

Of the 20 super PACs filed with the Federal Election Commission with names relating to Colbert or his former Super PAC, 10 have now terminated, five have failed to file proper FEC documents and another five are still hanging on.

One of the survivors is the “We Just Want Stephen Colbert to Come to Our College SuperPAC,” created by Susan Grogan, a professor of political science at St. Mary’s College. Grogan started the super PAC as a tool to educate her students on campaign finance.

The primary goal of the super PAC “is to advocate for the voter, to promote responsible voter behavior, and to enhance student engagement in voting and encouraging others to vote,” Grogan said in a press release when she formed the super PAC in June 2012.

She created a website where her students blogged about topics including the Citizens United v. Federal Election Commission ruling, gerrymandering and the history of voter suppression during and after the 2012 election.

Grogan said the major activity accomplished by the super PAC was an outreach program by St. Mary’s College students to help register voters in Southern Maryland. The group also organized shuttle busses to take voters to and from campus on Election Day.

“We Just Want Stephen Colbert to Come to Our College SuperPAC” spent $283 during the first half of this year and has over $900 cash on hand remaining, according to its mid-year filing report with the FEC.

Given that super PACs have no fundraising limitations, that’s not much money. But Grogan said the most rewarding part of creating her Colbert-inspired super PAC has been “watching students get engaged in the political process and showing that politics can be fun.” She plans to keep the Super PAC going and “can’t wait” for the 2014 election cycle.

Another Colbert-inspired super PAC still in operation is “Americans for the Win Tomorrow,” founded by Matthew Lind, a recent Luther College graduate with degrees in political science and international studies.

“I wanted to learn a little bit more about how the American campaign finance system works,” Lind said. “It was incredibly easy, maybe too easy, to start it.” Americans for the Win Tomorrow has $100 cash on hand for this year, according to the PAC’s FEC mid-year filing.

Although Lind admits that the paperwork can sometimes be a hassle, he said he plans on keeping the PAC alive, although he does not have many big plans for the future.

So positive, in fact, that it inspired her to change her college major from animal science to media studies following her run as the treasurer of “Penn Staters for a Better Tomorrow, Tomorrow”. Maisel credits Colbert for helping her find her “true interest.”Colbert, whose publicist did not return requests for comment, created his super PAC in 2011 as a cheeky protest against campaign finance laws on his Comedy Central show “The Colbert Report.”

The segment focused on the Supreme Court’s Citizens United ruling, which led to the legalization of super PACs. Such political committees may raise and spend unlimited money to overtly campaign for or against political candidates.

“Stephen Colbert’s coverage of the Colbert Super PAC performed an enormous service to the country, educating it on what super PACs are and how the Supreme Court’s assumptions that they are non-corrupting and independent additions to our democracy are open to challenge,” said Trevor Potter, a former Federal Election Committee chairman who served as Colbert’s super PAC lawyer and helped the comedian file his official FEC paperwork.

The show then started “The Ham Rove Memorial Fund,” giving the $773,704.83 raised by the committee to charities and pro-transparency organizations that focus on campaign finance.

Once mighty and moneyed, these political committees are bleeding cash and fading from view