Top Recipients Among Co-Sponsors from WIN-Affiliated Companies since Jan, 2009 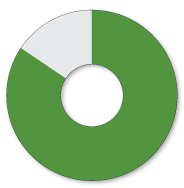 Almost 70 members of Congress co-sponsoring legislation for a massive tax holiday have received almost a million dollars in campaign contributions from the corporations that would benefit most.

Among the leading advocates for a bill that would allow the firms to pay cut-rate taxes on a trillion dollars these firms have stashed offshore is the WIN America campaign, a coalition of trade groups and companies like Apple, Pfizer and Google. An iWatch News analysis of campaign finance data has found that 68 of the 80 sponsors of the legislation in the House and Senate have received donations from WIN-affiliated companies since the start of 2009, taking in more than $940,000.

In addition to contributions to lawmakers, the WIN affiliates gave huge amounts to the two national political parties. The national committees for the Republicans got at least $576,000 while their Democratic counterparts collected at least $408,000 during this period.

For a select group of companies that would benefit most from the tax holiday, the stakes are high. When the holiday was granted once before, in 2004, some of the wealthiest corporations had their taxes cut by billions of dollars. Pfizer profited to the tune of $37 billion; Merck by $15.9 billion, Hewlett-Packard by $14.5 billion and IBM and Johnson & Johnson by some $10 billion each.

Given the number of tech firms that stand to benefit from the tax holiday, it is no surprise California Democrats with Silicon Valley connections are among the top recipients. Reps. Anna Eshoo and Zoe Lofgren, who both claim part of Silicon Valley in their districts, are among the 11 Democrats to co-sponsor the House bill. They ranked first and second in funds received from WIN affiliates among co-sponsors of the bill, with Eshoo receiving more than $64,000 and Lofgren bringing in at least $53,000. California Sen. Barbara Boxer ranks fourth on the list with more than $51,000 in donations.

The WIN America campaign is aimed at passage of “repatriation,” a tax holiday on profits that are kept offshore by American companies. Given the stunted economy, bringing those funds home is an attractive proposition to many, but critics warn the policy would simply be a giveaway to wealthy corporations.

Among the WIN coalition members are major corporations such as Apple, Oracle, Pfizer and Microsoft, along with powerful trade groups like the U.S. Chamber of Commerce.

The backers of the two repatriation bills – “The Freedom to invest Act of 2011” in the House and the “Foreign Earnings Reinvestment Act” in the Senate—are primarily Republicans, but there are some notable Democrats who have signed on to champion the cause.

One group of lawmakers that has particularly benefitted from the WIN affiliates is the Blue Dog Democrats in the House. A group of pro-business, primarily Southern Dems, the Blue Dogs were poised to wield massive power in Congress before being decimated in the 2010 elections, dropping from 54 members to just 25.

Every single remaining member of the Blue Dog coalition has received some money from WIN affiliated companies during this time period, to the tune of at least $260,000. Additionally, the Blue Dog PAC, which funnels cash towards the coalition members, received another $50,000 from these companies.

The potential payoff? Five of the 11 House Democrats co-sponsoring the bill are Blue Dogs, including coalition leaders Reps. John Barrow of Georgia, Mike Ross of Arkansas, Dan Boren of Oklahoma and Jim Matheson of Utah, a primary sponsor on the bill. On Oct. 12, WIN America put out a press release trumpeting the support of the Blue Dogs for a repatriation holiday, which included a letter from the coalition leadership to the chairs of the Super Congress charged with finding ways to cut costs. The letter called for the passage of a “bipartisan, common-sense policy that would bring up to $1.4 trillion in private money back to the United States.”

In an opinion piece for USA Today, Blue Dogs Ross and Jim Matheson wrote, “Opponents of repatriation argue that it would be counterproductive to job growth and deficit reduction. Nothing could be further from the truth.” The two cite studies from the American Enterprise Institute and former Bush-era Congressional Budget Office head Douglas Holtz-Eakin, the latter of whom is featured prominently on WIN’s website.

Blue Dog spokeswoman Kristen Hawn issued a statement to iWatch News that the coalition is “a policy-oriented organization” with “a long history of working with members of Congress on both sides of the aisle to promote fiscally responsible policies that may not always be good politics but are always in the best interest of the country.” Repatriation “will bring back money that would otherwise be spent overseas bolstering foreign economies rather than our own.”

In a statement, Lofgren of California said “I support the Freedom to Invest Act because it would incentivize companies to bring a trillion dollars in capital into the United States, capital that our economy desperately needs to grow. I do, however, support making repatriation conditional on job creation, and am hopeful that the bill can be amended to include such a provision. My job is to represent the interests of my constituents, and a majority of those I have heard from support this measure.”

Boxer’s staff pointed to previous statement by the Senator saying, “By bringing back the more than $1 trillion that’s sitting overseas, we will create jobs, strengthen the economy and reduce the deficit.” Boxer was also a main sponsor of the 2004 repatriation bill. McCain Spokesman Brian Rogers said, “Economists on both sides of the aisle agree that temporary tax relief on foreign earning can help bring some $1.4 trillion back to our economy, creating some 1-2 million new jobs and increasing GDP by hundreds of millions of dollars.”

WIN America and their allies want a repeat performance of a 2004 bill that offered a one-year tax reduction on foreign profits, bringing the tax rate from 35 percent down to just 5.25 percent. The bill was aimed at creating jobs in America, but critics charge the money benefitted just a few elite companies that used the money for self-enrichment, rather than investing in new workers.

“The WIN America campaign is very pleased that so many, across the political and ideological spectrum, support repatriation” says WIN spokesperson Abigail Gardner. “Frankly, there are very few ideas in Washington, D.C., that have garnered so much bipartisan support, and we think the reason repatriation is gaining so much momentum is because it is a great idea for strengthening our economy.” Gardner told iWatch News that WIN has not coordinated with its affiliates on political donations.

Overall, the 19 WIN affiliates donated at least $9.3 million to all congressional candidates during this time period. Co-sponsors of the bill received around 11 percent of that total.

As iWatch News reported in October, numerous studies done since 2004 agree that the bill failed to create jobs, and warn that allowing another holiday could end up costing taxpayers to the tune of $40 billion to $80 billion. Among the risks are concerns that companies will keep future funds overseas in expectation of another holiday, something that was seen after 2004.

“I want them to pay their taxes like the rest of us,” said Sen. Carl Levin, the Democrat from Michigan whose committee recently compiled a report opposed to the idea of a new repatriation period. “The rest of us don’t get a tax holiday.”

Levin received just $1,000 from WIN affiliated corporations during this period.

Supporters of the tax holiday concede that there wasn’t a noticeable increase in job growth after the 2004 bill, but argue that bringing the money back will benefit the economy in other ways. The Holtz-Eakin study quoted by the Blue Dogs, written in a Chamber of Commerce report widely circulated by WIN, says that payouts to shareholders in 2004 “put resources in the hands of other economic actors — firms, households, pension plans, investors, etc. — who continue the chain of real purchases and financial transfers.” (The Chamber is a WIN affiliated group.) And a paper by the New America Foundation, while noting that only 26 percent of repatriated money would likely be spent on jobs, believes that 25 to 40 cents of every dollar returned to stockholders would be used for shopping.

Proponents of the tax holiday have spent significant chunks of money lobbying the Hill on these issues. WIN alone has spent $380,000 this year to hire eight lobbyists, including a former congressman and several former high-level staffers. All told, 58 organizations and companies listed “repatriation” on their disclosure forms as an issue they were lobbying on through the first nine months of 2011.

The lobbyists on retainer for the WIN Campaign, Cauthen Forbes & Williams and Capitol Counsel LLC, have managed day to day efforts on repatriation and coordinated with affiliates on federal lobbying, according to Gardner.

Among the lobbyists working for WIN is Drew Goesl, a former chief of staff for Rep. Ross, Co-Chair of Communications for the Blue Dogs and a sponsor of the bill. On Goesl’s bio, he notes his role for Rep. Ross also included “helping elevate the profile of the Blue Dogs on Capitol Hill and nationally.” Goesl did not return requests to comment on the story.

The offices of Reps. Eshoo, Matheson, Ross and Brady did not respond to requests for comment.

Numbers in this story were compiled using data from the subscription-only CQMoneyLine. The totals include donations made to the politician’s campaigns and leadership PACs from Jan. 1, 2009, to Sept. 30, 2011.