John Catsimatidis: ‘One of the PAC people came to see me after the senator left’ 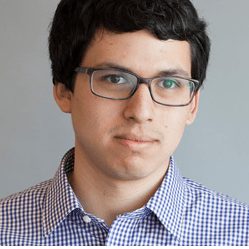 Sen. Lindsey Graham, R-S.C., visits billionaire John Catsimatidis and his children in New York in March 2014. A representative from a pro-Graham super PAC would call on Catsimatidis an hour later.

At the time, Catsimatidis, the owner of a grocery store chain and a 2013 New York City Republican mayoral hopeful, had already donated the legal maximum of $5,200 to Graham’s re-election campaign.

The West Main Street Values PAC — it says its mission is to “aggressively defend” Graham — ultimately received $25,000 from one of Catsimatidis’ companies, United Refining Company. That money arrived in the super PAC’s bank account three days after the in-person meeting, according to records filed with the Federal Election Commission.

Donors — including corporations and unions — may give unlimited amounts of money to a super PAC under the condition that the super PAC doesn’t coordinate its spending with a political candidate’s campaign.

“I’m a moderate, and I believe in the middle of the road,” Catsimatidis told the Center for Public Integrity in confirming the meetings with Graham and his supportive super PAC. “One of the PAC people came to see me after the senator left, and I decided to support him. And that is that.”

Neither a spokesman for Graham or for the West Main Street Values PAC responded to requests for comment.

While Graham, a relative moderate who faces multiple right-wing primary challengers Tuesday, stockpiled millions of dollars to fend off a potentially threatening opponent, the West Main Street Values PAC also filled a war chest to assist in the fight. Graham is seeking a third term in the Senate.

To date, the group has raised more than $420,000 and funded online ads, mailings, TV spots and phone banks to support Graham’s re-election. The bulk of this money has come from people like Catsimatidis — wealthy donors with few direct ties to South Carolina.

In the wake of the U.S. Supreme Court’s Citizens United v. Federal Election Commission decision, the electoral influence of the ultra-rich has expanded, and the nationalization of what once were local races has become evident.

In all, more than 99 percent of the money the West Main Street Values PAC — it named itself after the street in Central, S.C., on which Graham’s family ran a small business — has reported raising has come from donors who reside outside of South Carolina, according to a Center for Public Integrity analysis of FEC filings.

Mizel, who made his fortune building and selling homes across the country, does not have any business operations in South Carolina, according to the latest filing that his company, MDC Holdings, has submitted to the Securities and Exchanges Commission.

Mizel also serves on the board of the American Israel Public Affairs Committee, a pro-Israel lobby organization. At least two other AIPAC board members donated to the pro-Graham super PAC as well.

Michael Kassen, AIPAC’s board chairman, donated $10,000, and Robert Kargman, a board member and owner of a Massachusetts real estate firm, gave $25,000, according to campaign finance records.

When Graham spoke to an AIPAC gathering in 2010, he called Israel the “best friend” of the United States and pledged that “Congress has your back,” adding that “sometimes it is better to go to war than to allow the Holocaust to develop a second time.”

Other large donors to the West Main Street Values PAC include:

Records indicate that only two residents of the Palmetto State contributed to the West Main Street Values PAC.

One was former South Carolina Republican Party Chairman Katon Dawson. The other was Donald Finkell, the former chairman of a trade association for hardwood manufacturers and distributors. Each man gave $1,000.

Donors who give $200 or less to PACs do not have to be identified in FEC reports, and the West Main Street Values PAC only raised $450 from such small-dollar contributors.

There was, however, at least one large West Main Street Values PAC donor not based in South Carolina with strong business interests in the state: aircraft manufacturer and defense contractor Boeing.

The company’s political action committee gave $25,000 to the super PAC, ranking it among the largest contributions it has made this election cycle. The PAC has also given the legal maximum of $10,000 to Graham’s campaign.

Boeing spokeswoman Gayla Keller said the company “supports candidates with whom we have alignment on issues of importance.”

For his part, Graham has been a staunch supporter of Boeing’s decision to open a non-union plant in South Carolina. The move was met by criticism from the company’s union workers in Washington, where Boeing is headquartered, and garnered a complaint with the National Labor Relations Board.

Graham even cited his work “fighting unions” and “saving Boeing jobs” as reasons he deserved re-election in one of his last ads of the primary campaign.

Outside money pouring into governors races