Hopi farmer Harris Polelanema shows his stunted corn on his Hopi Reservation plot where a drought blamed on the coal mining giant Peabody Energy. The company is pumping water from an ancient aquifer beneath Hopi & Navajo lands for a slurry pipeline that is sapping water for irrigation. (William F. Campbell/Getty Images) 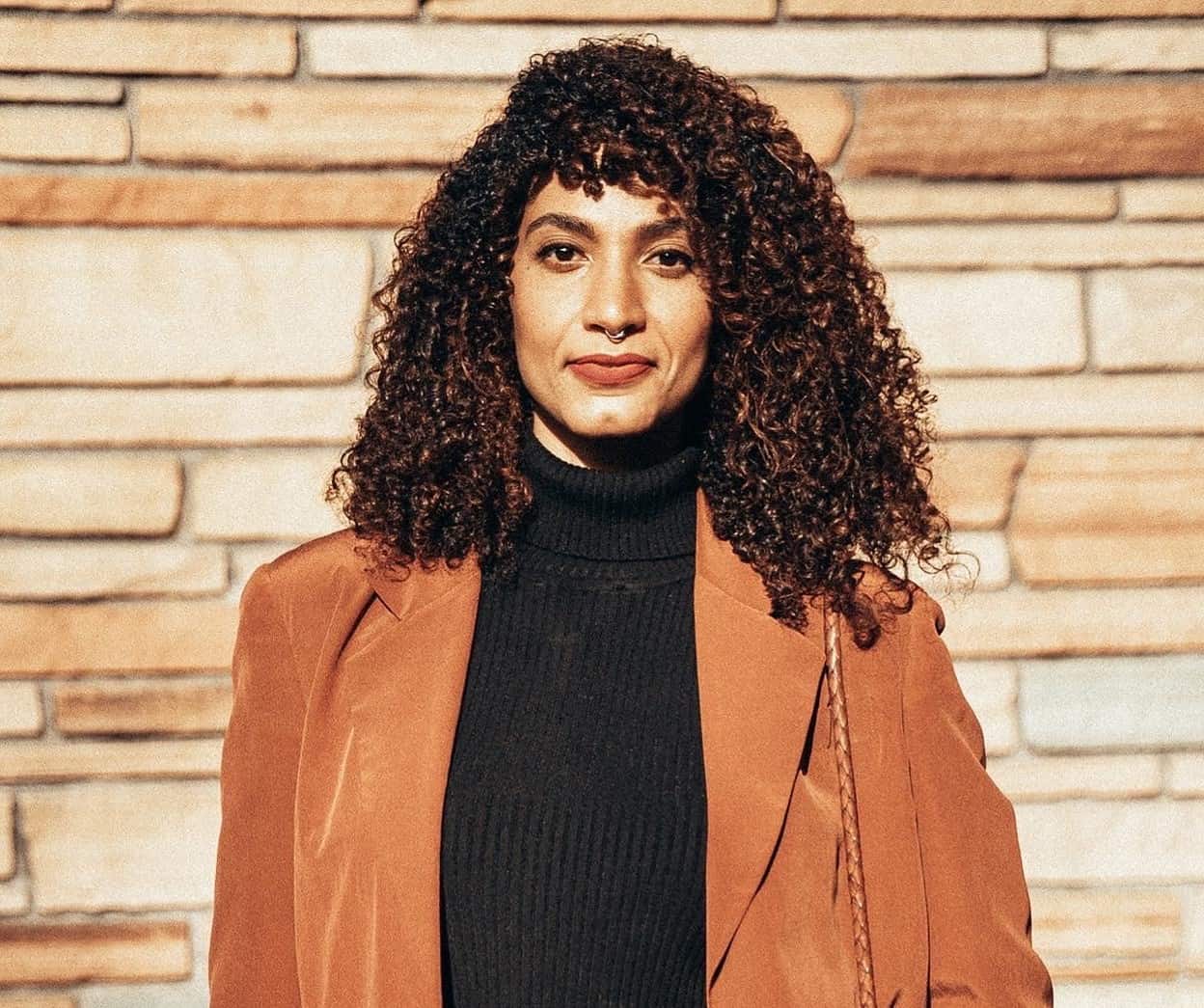 Following heavy rainfall earlier this week, Northwest Washington residents rescued neighbors in fishing boats on washed-out roads. Rising flood waters closed most routes to and from the peninsula where the Lummi Nation Reservation is located. Aerial footage of the area showed houses surrounded by several feet of water, like islands in a sea of flood water.

The Bipartisan Infrastructure Deal signed by President Biden on Nov. 15 granted the Bureau of Indian Affairs $216 million to help tribes adapt to climate change or even relocate as part of an over $11 billion allocation to Native communities.

“As the effects of climate change continue to intensify, Indigenous communities are facing unique climate-related challenges that pose existential threats to tribal economies, infrastructure, livelihoods, and health,” U.S. Department of the Interior Secretary Deb Haaland said in a statement.

The passage of the infrastructure bill comes on the heels of a study published in the journal Science last month that showed Native Americans are disproportionately impacted by climate change, due to forced migration and the dispossession of their lands.

Indigenous people have a long history of adapting to environmental changes. Their traditional knowledge of ecosystems has informed sustainable land management practices. In Maine, the Wabanaki Nations worked with researchers and landowners to prevent the spread of the invasive forest pest, the Emerald Ash Borer. The lessons from tribal efforts could inform nationwide climate policy.

Karletta Chief, an associate professor of environmental science at the University of Arizona and a Navajo Nation member, is training graduate students at the tribal Diné College to find solutions to one of the biggest issues facing the Navajo Nation: water scarcity and the lack of water infrastructure.

“The Navajo Nation is a rural country, so people are living far apart and the cost to build pipelines to rural communities is very large,” Chief said.

About 30% of Navajo Nation homes lack running water. As a result, people are forced to travel long distances to haul shallow groundwater, which is declining due to drought. The reduction of the Navajo Nation’s lands put it at greater risk to water insecurity. The Tribe’s traditional land included Flagstaff, Arizona, which has high precipitation and more surface water than found within the Arizona boundaries of the Reservation.

Through funding from the National Science Foundation, Chief and her team developed an off-grid, solar-powered water treatment unit, which the team is now piloting in four homes.

As the director of the Indigenous Resilience Center at the University of Arizona, Chief hopes to work with Native American communities to solve problems brought on by climate change.

Other efforts around the country also are addressing climate-related threats to tribes. In 2016, the National Indian Health Board and the Centers for Disease Control and Prevention launched the Climate Ready Tribes Initiative, which offers a minimum of $5,000 to federally recognized tribes to launch projects. Grant winners, The Winnebago Tribe of Nebraska created an outreach strategy to inform tribal members of climate-related disasters, with a focus on farmers. The Village of Wainwright in northern Alaska provided free satellite communication devices to hunters and travelers to prevent injuries and facilitate rescue on thinning ice.

The most recent U.S. National Climate Assessment, a federal report by over 300 experts including academics and Indigenous people, found that tribes’ access to traditional foods and clean water are threatened by the rapidly changing ecological systems. The 182 federally recognized tribes in the Southwest experience drought and high temperatures that harm livestock and agriculture. In the Pacific Northwest, the Confederated Tribes of the Umatilla Indian Reservation, say that climate change has threatened their subsistence practices, such as huckleberry gathering, elk and deer hunting and salmon fishing.

In Louisiana, a combination of sea level rise and land erosion has submerged tribal lands. And in Alaska, where frozen ground is beneath nearly 85% of the land, permafrost thawing and rising sea levels have displaced Alaska Natives.

“This is a critical and growing problem,” said Katharine Jacobs, director of the Center for Climate Adaptation Science and Solutions at the University of Arizona. As the former director of the U.S. National Climate Assessment, Jacobs found that tribes are affected in social, economic and physical ways.

She saw a wide array of impacts ranging from the loss of livelihood and culture to communities abandoned due to sea level rise.

The study published in Science was the first large-scale research to connect the forced removal of Indigenous populations to their exposure to climate change. It relied on a database of the historical land of 220 tribes that now have state or federally recognized land.

The authors looked at the average annual number of days above 100 degrees Fahrenheit on each tribe’s present-day lands and traditional lands between 1971 and 2000, the New York Times reported. Researchers found that some reservations are significantly hotter than the tribes’ traditional lands. For instance, The Hopi Reservation in northeast Arizona had 57 days on average above 100 degrees, while only two days were above 100 degrees on the tribe’s historical lands. The study’s authors hope the research will serve as a basis for new policies that address the “historical causes responsible for generating vulnerability in the first place,” they wrote.

The $216 million earmarked in the infrastructure bill is a step in the right direction, Chief said. “It’s imperative that action is taken now and that tribes be supported so that they can be more resilient to climate change, because we’re already seeing the impact in communities.”

Challenges to the Voting Rights Act far from over