Cities ask the government for guidance on radio-frequency exposure — with no answer in sight. 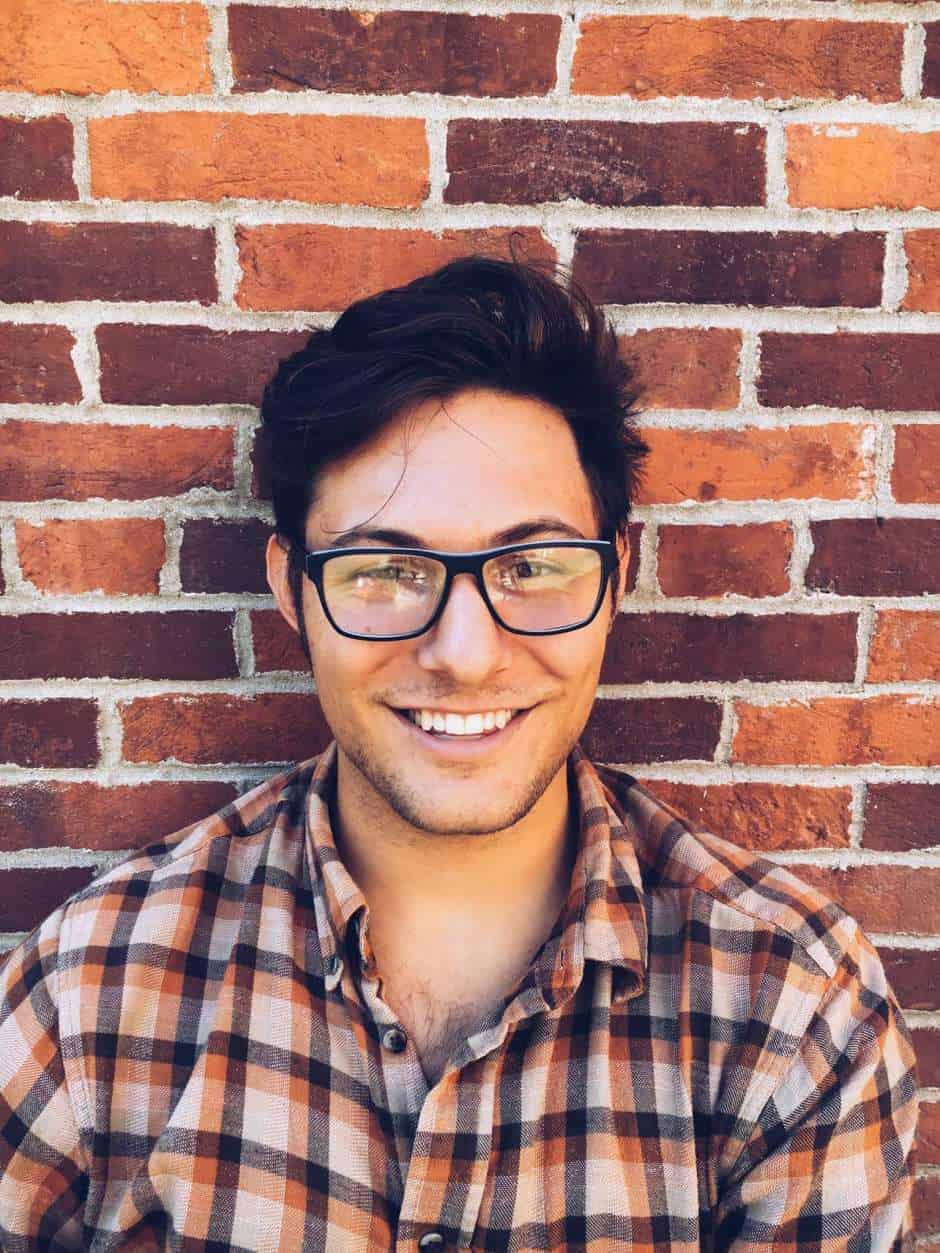 In town halls and city council chambers across the country, local officials are facing the wrath of residents fearful of the next wave of wireless communications soon to sweep the nation.

They worry that the new technology — which will require hundreds of thousands of so-called small-cell antennas placed throughout neighborhoods — could cause adverse health effects because the antennas, located sometimes just a couple dozen feet from houses, will bathe their communities in round-the-clock radio frequencies.

Local governments don’t have any legal authority to block the deployment of the small cells based on health effects, and science on the subject is contradictory. But to soothe their constituents’ concerns, municipal officials are looking to Washington to do what it can: Update the federal government’s decades-old limit for safe exposure to radio waves so they can show residents they are following up-to-date safety guidelines.

“Why can’t we do a real health assessment here and find out what the real health risks are — to our children?” a resident in Montgomery County, Maryland, asked local officials more than a year ago at a public meeting held in that suburban community just north of Washington, D.C.

Angry mayors and city council members have been waiting for such an assessment for five years now, and still aren’t sure when they’ll get it, if ever, or why it’s taking so long. The Federal Communications Commission, which determines the limits for safe radio-frequency exposure, says it is still working on the exposure limit and declined to provide a date for when it expects to release an updated standard. But the federal health agencies the FCC relies on to set a new standard say little-to-no research has been done.

That isn’t much solace for people who fear the new technology. The wireless cells and its associated equipment will be closer to the public, as near as 10 to 20 feet, with cells attached to streetlights, bus-stop shelters and other structures. Small cells will be spaced about 100 to 1,000 feet apart, with hundreds of thousands, if not millions, of cells erected nationwide.

The FCC has been collecting public comments on a new standard since 2013. It started the inquiry after the Government Accountability Office, the congressional watchdog agency, asked the commission in 2012 to update its standards using the most recent research.

The FCC last adopted exposure limits in 1996, when macro towers, which can reach up to 200 feet tall, were the primary means for wireless communication. That was more than a decade before the advent of the iPhone and the proliferation of other wireless technologies like wearable computers. The current standards for cell towers are the so-called “maximum permissible exposure limits,” which are based on the frequency of a radio wave and the distance a person is from a tower. Even though a majority of these standards have been adopted globally, anti-wireless advocates say it is too lenient and not relevant to 5G technology.

When the FCC developed guidelines for radio-frequency exposure back then, it relied on private standard setting groups and met with federal and international health agencies, such as the Environmental Protection Agency, the Food and Drug Administration, the Occupational Safety and Health Administration, and the National Institute for Occupational Safety and Health, according to the agency’s website. For cell towers, the FCC said it eventually adopted the standard set by the National Council on Radiation Protection and Measurements, a non-governmental organization.

Three of those four governmental health agencies told the Center for Public Integrity they haven’t conducted research into radio-frequency exposure for years and none have commented on the FCC’s inquiry or made recommendations to the agency. The FDA said it has had discussions with the FCC but believes it doesn’t have to change its position on radio-frequency effects to public health. The FCC invited the EPA to comment, but it chose not to, an EPA spokesperson said in an email, noting that an EPA scientist “had informal conversations with FCC technical staff” in 2015. NIOSH didn’t respond to requests to comment.

The FCC also relies on the National Cancer Institute, which said it doesn’t “determine the weight of the evidence” of harm from radio-frequency exposure, but as part of its “active engagement” in potential health effects from cell phones, it studies U.S. brain cancer incidence.

The national council on radiation protection told the Center it hasn’t researched radio-frequency emissions since 2003.

“The FCC does not have anyone on their staff with any training in health. Nobody,” said Devra Davis, president of the Environmental Health Trust, an advocacy group that believes cellphones and radio frequencies are harmful. “They say they rely on the FDA, which has almost nobody with training in electrical engineering. It becomes a perfect storm.”

The situation has left local officials exasperated because they look impotent when trying to discuss health effects to their constituents, local officials say. They said they need the updated standard now because residents see the wireless industry has begun deploying small cells.

An updated standard would give residents “a sense of confidence that people have reviewed this and the same standard applies,” said Gerard Lederer, a lawyer representing Montgomery County, where residents have been vocal about small cells. If local governments can’t regulate small cells based on health effects, then “there is a moral obligation, if not a legal obligation, for the feds to do a good job.”

The signal emitted by the small-cell antennas is less powerful than macro-cell towers, even if the cells are closer to people, most wireless engineers say.

Still, some health groups and many residents fear the frequencies are harmful, possibly cancer causing. Their claims were bolstered this year when the National Toxicology Program, an interagency program that is part of the National Institutes of Health, released a study conducted over years that linked radio frequencies to brain and heart cancer in male rats. The NTP, which had released a portion of the study in 2016, cautioned that the frequency exposure it applied was greater than even heavy users of cellphones are exposed to. Other studies have found no link to cancer.

In response to the study, the FDA said that “based on this current information, we believe the current safety limits for cell phones are acceptable for protecting the public health.”

For the 1996 guideline adoption process, health agencies, specifically the EPA and the FDA, and industry groups met to discuss the guidelines for exposure, said Robert Cleveland, a former senior physical scientist in the FCC’s Office of Engineering and Technology who worked on those guidelines. Federal health agencies submitted to the FCC letters supporting adoption of the standard.

The FCC also worked with standard setting agencies such as the National Council on Radiation Protection and Measurements, and the Institute of Electrical and Electronics Engineers (IEEE), whose members are primarily from the electronics industry. Recommendations from both organizations were part of the 1996 guidelines adopted by the FCC and endorsed by federal health agencies.

One of the groups the FCC says it relies on is a nine-member committee called the Radiofrequency Interagency Work Group. The panel is made up of members from mostly federal health agencies — the EPA, FDA, OSHA, NIOSH, the Centers for Disease Control and Prevention, the National Cancer Institute and the National Institute of Environmental Sciences, according to the EPA. The National Telecommunications and Information Administration, a telecommunications policymaking agency that is part of the Commerce Department, and the FCC also have representatives on the work group.

The EPA chairs the group, the FCC told the Center for Public Integrity.

An EPA spokesperson, however, described the interagency group, which first met in 1995, as an “informal forum” that doesn’t have a scheduled meeting time, nor an official chairman and is not mandated to research radio-frequency standards.

Former FCC physical scientist Cleveland said the group is “not nearly as active as it used to be.”

In response, the FCC said it’s monitoring developments and working with health and safety agencies to determine what next steps may be appropriate, said Neil Grace, an FCC spokesman.

The nearly five years the FCC has taken so far in updating the standards isn’t unusual to conduct research into technical issues, said Blair Levin, a former senior official at the FCC who helped implement the 1996 telecommunications law while at the agency. And the 2016 presidential election, which required a transition to a Republican-led FCC, may have delayed work, he said.

With little input or research from federal health agencies, the FCC is left with collecting input from standard-setting agencies such as IEEE, the National Council on Radiation Protection and Measurements, and the International Commission on Non-Ionizing Radiation Protection, said former FCC official Cleveland.

“Those are the organizations doing the work,” Cleveland said. “The EPA and OSHA don’t really have the staff anymore.”

The national council on radiation protection, which researches and evaluates standards for Congress, was last contacted by the FCC in 2003 to review the biological literature of the health effects of modulated radio frequencies, said Jerrold Bushberg, senior vice president of the council.

IEEE has submitted one comment to the FCC through an affiliated group, the International Committee on Electromagnetic Safety.

“You have to recognize what IEEE is,” said James Lin, an electrical engineering professor at the University of Illinois at Chicago and a life fellow of IEEE. “It is an organization there for the benefit of electrical engineers and the technology they develop. If you look at active members, they tend to be mostly from industry.”

“It’s frustrating,” Van Rongen said. “There’s still a lot of unanswered questions, and if there’s no money, the questions can’t be answered. It’s up to authorities to decide whether to apply precaution.”

Analysis: The social media company’s big lobbying and campaign investments could shield it from talk of significant regulations