Shireen Santosham, chief innovation officer of the City of San Jose. Santosham represents one of only two city officials on the BDAC, and critics say the committee is stacked in favor of the telecommunications industry. Blake Dodge/Center for Public Integrity

Local government officials, largely frozen out, fear they’re about to get rolled 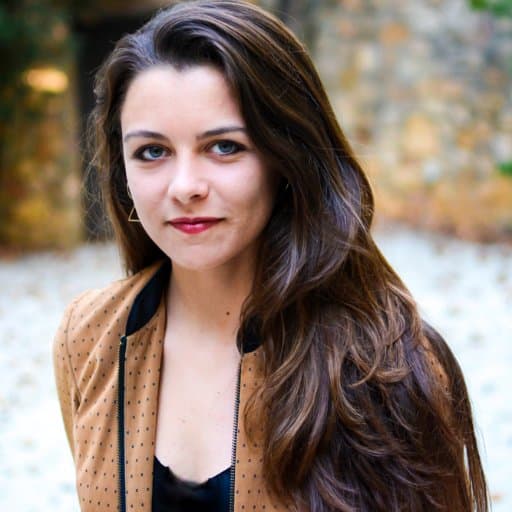 This article was co-published by The Daily Beast.

When the Federal Communications Commission went looking this year for experts to sit on an advisory committee regarding deployment of high-speed internet, Gary Carter thought he would be a logical choice.

Carter works for the city of Santa Monica, California, where he oversees City Net, one of the oldest municipal-run networks in the nation. The network sells high-speed internet to local businesses, and uses the revenue in part to connect low-income neighborhoods.

That experience seemed to be a good match for the proposed Broadband Deployment Advisory Committee (BDAC), which FCC Chairman Ajit Pai created this year. One of the panel’s stated goals is to streamline city and state rules that might accelerate installation of high-speed internet. But one of the unstated goals, members say, is to make it easier for companies to build networks for the next generation wireless technology, called 5G. The advanced network, which promises faster speeds, will require that millions of small cells and towers be erected nationwide on city- and state-owned public property.

The assignment seemed to call out for participation from city officials like Carter, since municipal officials approve where and what equipment telecommunications companies can place on public rights of way, poles and buildings.

But the FCC didn’t choose Carter — or almost any of the other city or state government officials who applied. Sixty-four city and state officials were nominated for the panel, but the agency initially chose only two: Sam Liccardo, mayor of San Jose, California, and Kelleigh Cole from the Utah Governor’s Office, according to documents obtained by the Center for Public Integrity through a Freedom of Information Act request. Pai later appointed another city official, Andy Huckaba, a member of the Lenexa, Kansas, city council.

Instead the FCC loaded the 30-member panel with corporate executives, trade groups and free-market scholars. More than three out of four seats on the BDAC are filled by business-friendly representatives from the biggest wireless and cable companies such as AT&T Inc., Comcast Corp., Sprint Corp., and TDS Telecom. Crown Castle International Corp., the nation’s largest wireless infrastructure company, and Southern Co., the nation’s second-largest utility firm, have representatives on the panel. Also appointed to the panel were broadband experts from conservative think tanks who have been critical of FCC regulations such as the International Center for Law and Economics and the Mercatus Center at George Mason University.

The same lopsided ratio can be found on the BDAC’s four working groups that will propose changes to telecommunications policies that Pai views as barriers to broadband deployment. The municipal working group, with 24 members, is tasked with creating a model code for cities to follow that would expedite the deployment of cells and poles. The groups consist of BDAC members as well as additional people the FCC appointed, mostly from the telecommunications industry.

The FCC says the makeup of the BDAC and its subgroups represents a diversity of views and those who best understand the issues. But local officials say their exclusion from the committee reflects a not-so-hidden agenda — one pushed by Pai himself with help from his allies in Big Telecom: to create a set of rules that lets the telecom more easily put their equipment in neighborhoods with far less local oversight.

“When I called [the FCC] to check on the status of the BDAC selection process [earlier this year] and identified myself as an employee from the City of Santa Monica, the gentleman on the phone laughed hysterically,” Carter said. “At first I didn’t get the joke. When I saw the appointees for the municipal working group — only three out of 24 positions were from local government — I got the joke.”

“It’s not lost on us that among the 30-odd members of the BDAC, only two represent local government,” Liccardo said. “We’ll see where things go in the weeks ahead, but it’s fair to say the footprints are in the snow.”

The BDAC was formed in April and charged with making “recommendations to the Commission on how to accelerate the deployment of high-speed Internet access,” including developing model codes for cities and states to approve broadband permits, and removing local and state regulatory barriers. The committee has held two meetings, one in April and another in July, with another one scheduled for this fall. It plans to submit its proposals by November to the FCC. The guidelines will be voluntary for cities, but the FCC may decide to include them in new rules that cities would be required to follow.

At issue for the BDAC is the nationwide buildout of 5G, the new wireless technology that promises to provide faster speeds. It also requires millions of small cells and poles distributed mostly throughout cities and suburbs in rights of way, such as land next to city streets, highways and parks. Local permitting offices from Oyster Bay, New York, to Seattle, Washington, have been flooded with applications to deploy the cells and build new poles, slowing down the approval process and frustrating telecoms. Telecommunications firms and the companies building the wireless infrastructure want the FCC to pass recommendations that would force cities to shorten the permitting process and lower fees.

When he announced his intention to form the BDAC, Pai, whom President Donald Trump appointed chairman in January, said he wanted the forum to balance city and industry views.

The BDAC will be “forward-looking and fair, balancing the legitimate interests of municipalities with the ever-growing demands of the American public for better, faster, and cheaper broadband,” he said last year in a speech about closing the digital divide.

Pai said at a press conference this month that the BDAC has diverse representation, but he mostly cited as examples representatives from the telecommunications industry: independent builders, network operators, and wireless, cable and satellite interests.

“I wish we could accommodate everybody of course,”Pai said, “but that’s just not possible with a limited advisory committee that we’ve got.”

The Center for Public Integrity asked the FCC for interviews with agency officials who chose the BDAC members, but requests went unanswered. In an emailed statement sent later, Mark Wigfield, a spokesman for the FCC, said, “We believe the makeup of the BDAC reflects the diversity we sought.”

Nick Degani, senior counsel to the FCC and Pai’s wireline legal advisor, told BDAC members at the July meeting that few city officials were chosen because they are the ones that need guidance — presumably not telecommunications companies.

“To be frank, we didn’t want to choose someone from, say, a municipality that needs a blueprint, because they’re not going to be the ones to help design that blueprint,” Degani said. “It’s you guys [BDAC members who mostly represent the telecommunications industry] who have been working on this.”

“There are reasons you have to get a permit if you want to dig up the side of the street,” said David Frasher, city manager of Hot Springs, Arkansas, who also was nominated — but turned down — for a seat on the BDAC.

“The city needs to know if you’re going to block traffic or create a hazard to sidewalk users,” Frasher said. “Maybe there’s a way to streamline those regulations, … but with only 10 percent city government representation, how helpful will the end product be?”

The FCC also didn’t choose David Guttenberg, member of the Alaska state legislature. He said service providers writing local rules for internet deployment makes him fear for Alaskan residents, many of whom have such poor wireless service that they have trouble downloading emails.

“They [telecommunications companies] are only going to look after their own self interests,” Guttenberg said. “Find me the guy that works for telecommunications on this committee that’s going to sign onto a plan telling their business to do something they don’t want to do. Find me that guy.”

The lack of municipal representation doesn’t surprise one telecommunications executive sitting on the BDAC, who told the Center for Public Integrity that the committee is “stacked” to fix the proposals to meet Pai’s anti-regulatory agenda.

BDAC members who didn’t return requests to comment included AT&T, Google, Southern Light LLC, the International Center for Law and Economics, and Christopher Yoo, a law and communications professor at the University of Pennsylvania. Yoo also is a member of the Board of Academic Advisors for the Free State Foundation, which for years has received support from large telecommunications trade groups such as NCTA – The Internet and Television Association, and CTIA, which represents U.S. wireless corporations, according to the Center for Public Integrity’s non-profit donations database.

Officials with Crown Castle, Comcast, TDS Telecom, and Utah’s Cole, who serves as the BDAC vice chairman, declined to comment.

At BDAC’s first meeting in April, Kelly McGriff, general counsel at Southern Light, which provides wireless infrastructure along the U.S. Gulf Coast and is now part of Uniti Group Inc., said broadband projects have been delayed by six months in some cities because municipal officials don’t understand the infrastructure they’re tasked with approving.

City officials said they understand the need for the technology, pointing out that more than 500 municipalities operate their own broadband networks, including Carter’s Santa Monica. Officials also said the fees telecommunications companies pay are necessary for ongoing maintenance of the public property the cells and poles occupy.

Some broadband companies concede that a lack of local government representation on the committee may present a problem.

“We have a lot of groups who are concerned that they’re not at the table,” David Don, vice president of regulatory policy at Comcast, said at the BDAC’s July meeting. “And if they don’t feel included, not only are they outside throwing [darts] at this process, but then in the end it’s those groups that we want to adopt these model codes.”

What Pai has done by loading up the panel with industry representatives is, in the end, “pretty standard in Washington,” said Sarah Treul, a political science professor at the University of North Carolina at Chapel Hill. “The FCC expects certain outcomes from this advisory committee.”

Correction, Aug. 11, 2017, 12:30 p.m.: An earlier version of this story incorrectly reported Larry Thompson was CEO of the National Exchange Carrier Association. The story has been corrected to reflect Thompson is CEO of Vantage Point Solutions Inc. and represented NECA at a meeting of the advisory committee.

The future of the internet is up for grabs — theoretically