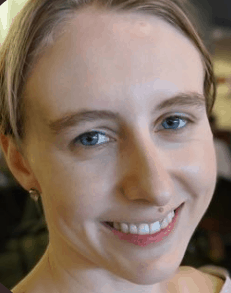 Brian Biles, an MD and professor in the Department of Health Policy at George Washington University, and Giselle Casillas, an MPP and senior research assistant at the GWU, offered methodology advice and helped guide parts of the analysis.

The Center used monthly enrollment data from March as enrollment remains relatively stable that month. Because of regulations in the Health Insurance Portability and Accountability Act (HIPAA), small Medicare Advantage plans with 10 or less people are omitted from the data so that patient identities remain private. These CMS public data contain no patient-level information other than aggregated enrollment figures.

We analyzed data covering 2007 to 2011. After the Center completed its analysis, CMS released 2012 data.

A key to understanding cost differences between MA and traditional Medicare lies in comparing the risk score in each plan and each county. To accomplish the comparison, MA data were weighted by insurance plan county enrollment as Fee-For-Service (FFS) risk score data was only available on the county level. Weighted risk scores were calculated by taking county total enrollment, further broken down by the MA providers’ total enrollment in that county, and weighting the risk score by that number. We weighted the payments by county enrollments, similar to methodology used by the Medicare Payment Advisory Commission (MedPAC).

To compare annual payments instead of monthly costs between MA and traditional Medicare, the weighted base payment for each county for MA plans and the FFS base payments were multiplied by twelve.

For the annual payments at the national level, the Center excluded payments in Puerto Rico, as do most researchers working with MA data, due to significantly different Medicare billing there.

Other limitations include CMS calculations of the traditional FFS risk scores, which are done on a rolling basis in 5-year groups rather than the single year calculation for MA risk scores. Small risk scores changes and differences, though, can significantly add to costs to the taxpayer. The analysis only highlights plans with a wide gap between their risk scores and comparable FFS risk scores, or uses other descriptive measures, such as percentage change in MA risk scores. Also, many of the aggregated calculations are rounded down to eliminate any over estimations.

The data behind the interactive graphic comes from the same CMS data. The Center used the raw data or simple descriptive percentage change in MA risk score to highlight MA trends from 2007-2011.

Calculating a national trend in risk scores is difficult at best. Limitations include the nature of the aggregated data provided by CMS and lack of more specific attributes related to patients who remain in the program through the years as compared with new enrollees. From the CMS data, calculations suggest the average risk score grew slightly under 2 percent. But a report from MedPAC suggest a projected 3 percent growth overall between just two of the years in the data. Finally, a Government Accountability Office Report suggests it could be higher. A 3 percent average is a conservative estimate for comparison purposes only.

I really appreciate your professional approach. These are pieces of very useful information that will be of great use for me in future.

It’s good to know that private Medicare health plans have caused an increase in the number of doctors performing house calls. My parents are getting old, and they can’t get out of the house very well to go see a doctor whenever something happens to them. I’ll pass this information along to them so that they can look into their options for Medicare plans that include house calls.

This is information that the American public needs to be far more aware of, rather than the daily drama distractions of Washington politics that have no direct effect on most people’s lives. Knowing how medical coverage/billing operates for Medicare provides a much-needed perspective on something that many take for granted — including their assumption that health insurance is a good thing. Tallying the horror stories from all sides of healthcare (patients, medical staff, government payouts to insurance, etc.), only highlights how much better off we all would be WITHOUT insurance interference. The government’s inability to regulate overpayments that they are… Read more »