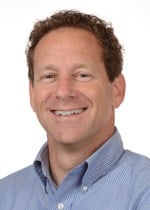 This story was co-published in partnership with The Atlanta Journal-Constitution.

Warning sirens were installed this summer in southwest Georgia’s Randolph County, so that residents hear the wail before another big storm hits.

But locals keep asking a question that has no good answer.

“They all want to know … where do we go?” said Kenneth Burns, the county’s emergency management agency director and only paid firefighter. “I don’t have any place.”

Burns is contemplating the least expensive, quickest shelter option he can think of for a rural county with few resources: acquiring surplus metal cargo containers and partially burying them.

This story is part of a series about the insufficient protections for vulnerable people as natural disasters worsen in a warming climate. The Center for Public Integrity and four partners — the Atlanta Journal-Constitution, High Country News, Ohio Valley ReSource and StateImpact Oklahoma – are contributing stories.

Worsening storms have heightened worries across much of Georgia. When Hurricane Michael ripped through a huge swath of the state last year, it underscored serious vulnerabilities in disaster preparations. Parts of Randolph County lacked power for nine days. The local hospital’s backup generators were too weak and temperatures in its nursing home approached dangerous levels.

No Randolph residents died from the storm and its aftermath. The next time, the county might not be so lucky. Local officials are scrambling to fix the weaknesses. But they don’t yet have all the answers or funding they need.

Georgians, no matter where they live, are on the hook for rising weather bills. Federal lawmakers earlier this year approved $19 billion in emergency relief for a string of recent natural disasters. In Georgia, Hurricane Michael caused more than $2.5 billion in agricultural losses alone. Georgia Power says historic weather events in the last six years have created a $450 million shortfall in its storm-damage account that it hopes to collect from customers.

Randolph County is 160 miles inland from where Michael made landfall as a Category 5 on the Florida Panhandle. In the past, Randolph and neighboring farming counties would normally be places to which Floridians flee.

The Center for Public Integrity analyzed natural disaster vulnerabilities in counties nationwide, tracking major federal disaster declarations from 2009 through 2018, and looking specifically at social measures rather than physical infrastructure. The nonprofit news organization found Georgia had more highly vulnerable counties hit by disasters than any other state, after including factors such as poverty and elderly residents.

Randolph was one of 12 Georgia counties to score a 7, the most vulnerable ranking, according to Public Integrity. The other counties were Crisp, Sumter, Toombs, Terrell, Spalding, Grady, Ben Hill, Jefferson, McDuffie, Thomas and Colquitt.

In the last three years, Randolph County has been swatted by five tornadoes and two hurricanes, according to Burns. One twister ripped across 12 miles of the county, destroyed one home, damaged others, tore up farm irrigation systems and swept away cattle.

Severe storms can thrash communities regardless of income or the resources of local governments.

But extra challenges face places like Randolph and its county seat of Cuthbert, a half-hour drive from Eufaula, Alabama, and nearly an hour from Albany, Georgia. With sparse jobs, the county has fewer than 7,000 residents. It has lost a quarter of its population since 1980. Government resources are thin. A third of local residents fall below the poverty line.

Larry Burkes, a gaunt 68-year-old living alone in a neglected rented home, said he didn’t try to evacuate during the hurricane. He’s in poor health (“I ain’t got no wind”), has no car and nowhere safe to hide.

The winds roared. Trees cracked. “I said, ‘Lord help me.’” He hunkered down on his sofa, the words “God Love You” handwritten on a wall beside him and his church ties hanging above. A big oak crunched the vacant house next door, demolished Burkes’ back porch and punctured his roof.

The next time a terrifying storm hits, he considers that he has just one option for protection. “Pray, I guess…. Ain’t nothing here in Randolph County to help nobody.”

“We have made such significant progress,” said Lamar White, a county commissioner.

But not enough yet.

“Out of a scale of one to 10, we are about a two and a half. We are not a zero anymore,” said White, adding the county doesn’t have time or money to do all that it might want.

In many ways, Randolph doesn’t appear to be unusual for parts of rural Georgia.

Some 50 miles to the east in Crisp County, outside funding has allowed distribution of hundreds of weather radios to area residents. But locals in search of sturdier structures tried to take shelter in fire stations and the lobby of the Sheriff’s Department. “During Michael we learned a lot: We have to provide shelter before the strong winds,” said Billy Hancock, the local sheriff and emergency management director.

Officials in other communities confronted additional gaps. Like just getting water from faucets or to flush toilets. The city of Pelham in Mitchell County, also in southwest Georgia, had a backup generator for its public well system, but it failed after Hurricane Michael, according to Mayor James Eubanks.

Michael hammered numerous public water and sewage systems, according to a report by the Georgia Emergency Management and Homeland Security Agency, which found the southwest to have the least alternate power generation in the state.

Local emergency management agencies are required to update plans to retain eligibility for state and federal grants, according to GEMA/HS. Asked to provide information about how many public emergency and utility systems were without backup power after Hurricane Michael, GEMA/HS instead referred a reporter to officials in local governments. The agency said it responds to requests for resources when an emergency exceeds the capabilities of local jurisdictions.

A nursing home without power

In Randolph County, the emergency operation center doesn’t have backup generators. Neither do the county’s volunteer fire stations. Or the police stations and local public water systems in some parts of the county.

The local hospital, Southwest Georgia Regional Medical Center, and its adjacent 80-bed nursing home does have generators. But they are undersized for the facilities’ needs.

After Hurricane Michael hit last year, there wasn’t enough power for air conditioning, so staff moved some nursing home patients into hallways and turned on fans to try to keep them cool as temperatures gradually rose. They had water pitchers handy and drove in ice from Albany, said John Carroll, who in addition to being the pharmacy director is responsible for coordinating emergency planning for the facilities.

There also wasn’t enough juice to handle some of the x-ray equipment or to perform CT scans. Then the largest of the two generators broke down at night. Lights went out in the nursing home. Fans cut off.

The wayward generator came back on in about six or eight hours, Carroll said. But leaders became increasingly concerned about preventing their 73 nursing home patients from overheating. Only a year earlier, several residents of a Hollywood, Florida, nursing home died after Hurricane Irma knocked out power and it took days to evacuate the facility.

Regulations call for nursing home residents to be evacuated if the temperature hits 82 degrees, according to Carroll. It rose to 80 degrees just before Georgia Power crews got electricity flowing again, he said.

“We did the best we could in difficult circumstances,” said Carroll, who sees broad challenges for communities.

“The main story here is that emergency preparedness tends to get on the back burning until something happens,” he said. “Our public officials and leaders need to take a hard look at this and what happened and look at how close we were to an even worse situation and try to prepare for the future.”

Neighbors and local officials generally praise the assistance they received after Michael from utility crews, the department of transportation, state and federal emergency teams, local and out-of-town churches and area businesses. And they say they were touched by many residents who went out of their way to help others.

Still, there are complaints that federal aid to homeowners fell short. Residents in Randolph and other counties also quickly took on duties usually handled by governments in bigger and more prosperous communities. Loggers and heavy-equipment dealers cleared roads. Farmers brought out front-end loaders and tractors and hooked up generators, rotating from one family member’s house to the next to run refrigerators or charge smartphones.

Nearly a year after the hurricane passed, some residents still weren’t back to normal. Each time it rained, buckets collected water leaking from ceilings they hadn’t gotten around to fixing or didn’t have the money to tackle. Some people displaced by the storm were staying with relatives.

Ulysse and Janet Preston and their kids still lived in their battered and leaking trailer on the eastern edge of Randolph. With little money, they could only gradually buy material for what could be a $2,500 fix of their weakened, mildewed home.

“Once you fall back, it’s hard to get back to where you used to be,” Janet Preston said.

Burns, the local emergency management agency director, is hoping the hurricane will help Randolph take a step forward on at least one front.

He has applied for nearly $2 million in federal and state grants to add protections, particularly back-up generators for a variety of critical facilities, including the hospital and nursing home.

He says he believes the funding is likely to come through. Next on his list: finding money to build shelters.

It would be helpful to have a graphic that illustrates your data showing that “Georgia had more highly vulnerable counties hit by disasters than any other state, after including factors such as poverty and elderly residents.” An interactive map would be great, or, at the very least, a table.