A tree is silhouetted by flames from wildfire above a home in Twisp, Washington, on Aug. 20, 2015. (AP Photo/Ted S. Warren, file)

Despite back-to-back wildfires, Washington’s Methow Valley got no federal disaster mental-health support. So locals did the work themselves. 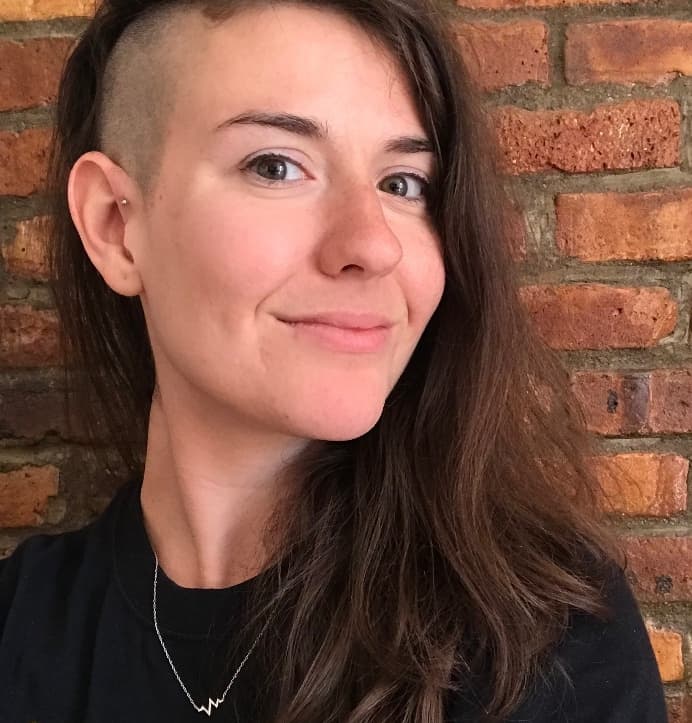 This story is published in partnership with InvestigateWest and the Methow Valley News.

When wildfires started spreading near Speir’s home in Washington’s Methow Valley on July 17, 2014, she and her husband prepared to evacuate. They packed up valuables and keepsakes — her antique collection, prints from her husband’s 30-year career as a Forest Service photographer, memorabilia from their grown children — in boxes by the door of their two-story stucco house.

As she assessed her glassware, “this fireman steps in the door,” she remembered. “And he said, ‘We need to get out of here now.’ I’m reaching for the champagne glass. And he said, ‘No, you don’t understand. We need to leave this minute.’”

Speir and her husband narrowly escaped with their dogs and cat, leaving everything else behind. When they returned after the fire, “there was nothing left as far as you could see.”

In the aftermath of losing everything, Speir says, one of the “most significant things” that helped her emotional recovery was support from her community. Even though “the whole Valley was traumatized by fire,” she said, people rallied around her and her husband, dropping off furniture and kitchenware at their new home.

“I think of these people who were so kind every time I pull out a dish for cereal,” she said.

The Methow Valley in Okanogan County is a case study for how relentlessly climate change can pummel a community. Over the past six years, back-to-back wildfires and intense smoke events have devastated the Valley and wreaked havoc on residents’ mental health.

But survivors like Speir say they feel lucky to live where they do — because of their neighbors. A strong coalition of leaders in the Valley and a drive to find a simple, low-cost way to support community mental health — all without federal disaster funding — makes the area a model for recovery.

The Carlton Complex fire, a combination of four separate wildfires sparked by lightning and fanned by dry brush and intense winds, destroyed more than 300 Methow Valley homes in July 2014, putting additional pressure on an already-brewing affordable housing crisis in the area. Only 40 percent of homes lost in the fire were fully covered by insurance.

Figures from the Federal Emergency Management Agency show that the federal government spent nearly $20 million on recovery grants for the area. But even though the Carlton Complex was the largest fire in state history, it did not receive the full range of help the federal government makes available after major disasters.

Federal money after the Carlton Complex went only to public cleanup and recovery: fixing power lines, repairing roads and public buildings. For individual fixes — housing, support, emotional recovery — residents had to fend for themselves.

Local nonprofit leaders and elected officials in the community knew they had to fill the gap and quickly sprung into action. “We became students of disaster,” said Carlene Anders, now the mayor of Pateros, a town of 700 that sits at the mouth of the Methow River.

The Methow Valley is well suited for community-driven recovery: It has a large number of local nonprofits, which joined forces to strategize and fundraise. In the weeks following the fire, locals formed an umbrella organization for area recovery efforts, eventually named the Okanogan County Long Term Recovery Group.

In its first year, the program got grants from local and national nonprofits, including the Community Foundation of North Central Washington, Mennonite Disaster Services and the American Red Cross and raised funds across the community. The group spent $400,000 to replace 14 houses destroyed in the fire. While rebuilding homes for residents was the main goal, Anders said, the mental health of the Methow Valley was a key secondary mission.

One of the group’s founding members provided a valuable model. Room One, a nonprofit health and social service center, sits in a residential neighborhood in the town of Twisp, in a cheery yellow building with green shutters and trim.

“We have what we call a one-stop support center, where any community member can just walk in and they’ll find an advocate to talk to right away,” said Kelly Edwards, Room One’s executive director. At the center, residents can find services that include emergency housing and food, legal aid, or just “a friendly place to check in and know that you’re not alone,” Edwards said.

The recovery group found that this centralized model was crucial. In the months after a disaster like the 2014 fire, “the number one key thing is to have disaster case management for survivors,” Anders said.

‘I just wanted to help’

In the summer of 2014, Hayley Riach was tending bar at a brewery, taking time off from serving as a firefighter. A close friend’s home burned in the Carlton Complex fire, and she served survivors who were looking for a meal and a beer. She applied for a case manager position with the Okanogan County Long Term Recovery Group when the positions first opened up.

“I just wanted to help,” she said.

Riach had no training in mental health, but being the point of contact for Methow residents in need gave her a “crash course in working with people who experience trauma,” she said.

“All of your other needs … are disrupted in a disaster, especially if someone loses their home,” she said.

Riach said she and other case managers found the solutions to this shock were just as wide-ranging. “Someone may have lost their winter tires, or firewood shed, or fencing for their livestock — we worked to help them, and to listen,” she said. (She also noted many survivors put in “hard and intentional work … to heal from their losses” and “sought mental health support.”)

Leaders in the Methow Valley found that sometimes the simplest solutions were the most helpful. As Pateros began to rebuild after the fire, Anders said, the town gathered every night for three weeks to eat dinner as a community.

“We lost 10 percent of our homes in Pateros,” Anders said, explaining that the housing crisis was a barrier to getting out-of-town aid workers — including mental-health professionals — into the area for more than a short period. “We didn’t have anywhere where they could stay,” Anders said. “What we tried to do instead was create places and ways for people to vent and gather. Gathering with meals is the most holistic way of recovery.”

Experts say that these types of connections are key ways to bolster resiliency.

“Strong communities are protective against … the adverse effects of disaster,” said Dr. Joshua C. Morganstein, assistant director of the Center for the Study of Traumatic Stress at the Uniformed Services University of the Health Sciences in Bethesda, Maryland. Morganstein noted that working together and improving social connectedness can help people feel less alone in the aftermath of a crisis. “‘I’m not helpless’ — that’s a really important message for people to have.”

Challenges keep piling up in the Methow. Just a little over a year after Speir’s house burned, she and her husband were almost trapped by wildfires driving home from a doctor’s appointment — an event she said was retraumatizing.

“We reached a point [on the highway] where every way you look, there were fires,” she said. “You look, and there’s a house burning and there’s another fire going off over there. … I remember saying, ‘There’s another one. The whole world is on fire.’”

What she was seeing was part of the 2015 Okanogan Complex Fires, which surpassed the size of the previous year’s disaster, destroyed 120 homes and killed three firefighters. The federal government poured more than $38 million into public recovery, but once again, there were no funds to help private citizens.

This time, though, the community knew what to do. The long-term recovery group was “10 times more prepared” in 2015, Anders said.

“I believe if we didn’t go through what we went through in 2014 we would have lost a lot more lives,” she said.

“We had resources, we had agencies working together, they had daily reports,” she said, remembering the local response to one 2018 fire that threatened the town of Twisp. “They were on Facebook. They were showing us the support and information and interagency coordination.  That’s how you cope with PTSD and uncertainties.”

The area is still dealing with the emotional scars from these back-to-back fires. Even with the mental-health resources the community pulled together, Anders said they could still use more. And Edwards said the 2014 fire has created a “hypervigilance” in residents. “We [had] a lightning strike in somebody’s backyard and … a whole neighborhood went up in smoke within seconds,” she said. “And so you just don’t know where that next thing is going to come.”

Recent fires have brought other problems. The summers of 2017 and 2018 saw Washington state blanketed in clouds of smoke; the Methow Valley recorded 40 consecutive days of poor air quality. A survey of Methow residents conducted last summer in conjunction with Room One found that smoke events, which can force people to stay inside unventilated homes for days on end, pose a significant mental health challenge.

Respondents reported symptoms such as anxiety, depression and general malaise during bad smoke days, coupled with hypervigilance as smoke reminded them of the back-to-back fires in 2014 and 2015.

“The pediatricians would recommend, ‘Just get your kid out of the Valley,’ like get them to cleaner air,” Edwards said. For everyone who couldn’t afford to do so, “then that weighs on your mind as well.”

But one solution was simple and relatively low-cost. A donor contributed money to Room One to install air filters — priced at about “50 bucks apiece,” Edwards estimated — in 50 homes in the area.

When Room One followed up with the recipients, around three-quarters said the filters helped their mental health.

“They just felt a sense of calm,” Edwards said. “Like they can have a break.”

Survey respondents also said that social contact — calling friends, visiting others or gathering for community events in a well-ventilated building like the local school — was the best cure for malaise during fire season. Local organizers are raising funds for a community center that could provide a central location to gather.

But amid the spread of COVID-19, residents can’t use indoor community spaces or rely on distracting social activities. And across the country, disaster agencies are trying to figure out how to prepare during a pandemic for events like wildfires that could destroy homes.

That challenge, at least, will eventually lift. Climate change keeps worsening. For survivors with strong community support, like Speir, there’s still a looming sense of dread as fire seasons intensify.

“I think about it every day,” she said. “There’s no question that we’re living at ground zero.”

Health workers see Vibrio as a rare danger, if they’ve heard of it at all. But it’s already causing more cases of flesh-eating disease. And it’s poised to get worse.