Trusts held in the Cook Islands can put money beyond the reach of American justice. 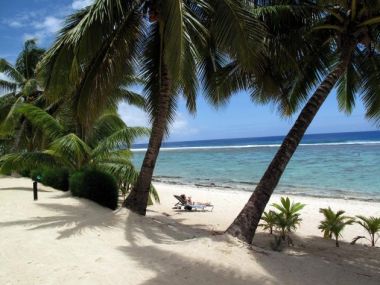 The Cook Islands have gained the reputation of being a place where assets can be hidden from business partners or former spouses.

Picture a paradise where you can be lawsuit-proof. A place to hide your hard-earned assets far from the grasp of former or soon-to-be-former spouses, angry business partners or, if you happen to be a doctor, patients who might sue you.

Lawyers drumming up business say they have found just the place: the Cook Islands. And, thanks to a recently released trove of documents, it’s become clear that hundreds of wealthy people have stashed their money there, including a felon who ran a $7 billion Ponzi scheme and the doctor who lost his license in the Octomom case.

These flyspeck islands in the middle of the Pacific would be nothing more than lovely coral atolls, nice for fish and pearls, except for one thing: The Cooks are a global pioneer in offshore asset-protection trusts, with laws devised to protect foreigners’ assets from legal claims in their home countries.

The Cayman Islands, Switzerland and the British Virgin Islands capture headlines for laws and tax rates that allow multinational corporations and the rich to shelter income from the American government. The Cook Islands offer a different form of secrecy. The long arm of United States law does not reach there. The Cooks generally disregard foreign court orders, making it easier to keep assets from creditors, or anyone else.

Win a malpractice suit against your doctor? To collect, you will have to go to the other side of the globe to plead your case again before a Cooks court and under Cooks law. That is a big selling point for those who market Cook trusts to a broad swath of wealthy Americans fearful of getting sued, and some who have been.

“You can have your cake and eat it too,” says Howard D. Rosen, a lawyer in Coral Gables, Fla., who has set up Cook trusts for more than 20 years, in a video on his website. Anyone with more than $1 million in assets, his firm’s site suggests, should consider Cook trusts for self-preservation, but especially real estate developers, health care providers, accountants, architects, corporate directors and parents of teenage drivers.

Read the rest at icij.org.

Highlights of Offshore Leaks so far