A secret list of account holders reveals how rich Britons are legally exploiting tax havens, despite a UK government crackdown. 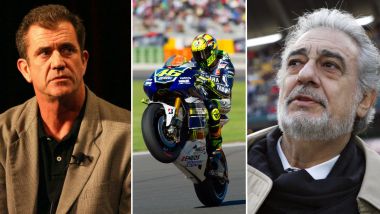 The identities of thousands of wealthy offshore clients of a major Channel Isles private bank have been leaked to the International Consortium of Investigative Journalists.

The individuals include donors to the British government, which has been outspoken against tax havens, and some of the most prominent people in British life.

The ICIJ has exclusively allowed The Guardian newspaper to analyze more than 20,000 of the names, all of whom had dealings with a discreet Jersey, Channel Islands branch of Kleinwort Benson, a famous London firm which specializes in “wealth management”.

In the interests of transparency, ICIJ and The Guardian will publish some of their findings over the coming days, detailing the offshore links of political donors; international celebrities; judges; sportsmen; businessmen; and British aristocrats.

Today The Guardian identifies party donors who over the years have paid more than £8m to the governing Conservative party.

One of the recipients of donations is Britain’s newly-promoted financial services minister, Andrea Leadsom, who has run into a “Cash for Office” allegation after she told The Guardian she was unaware of the size of large offshore donations to the Conservatives made by her own family.

Read the full story on ICIJ.org.

Clarification: Sir James Dyson’s former trust in the Channel Islands was through Orbis Trustees Guernsey Limited rather than Kleinwort Benson, which purchased Orbis after the trust was wound up in 1999, according to Dyson’s representatives. No income was derived from the trust, nor was any tax avoided.

ICIJ is a project of the Center for Public Integrity founded in 1997 to extend the Center’s style of watchdog journalism, focusing on issues that do not stop at national frontiers: cross-border crime, corruption, and the accountability of power.