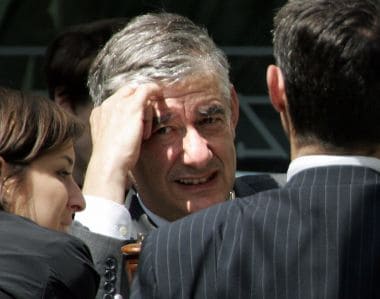 The International Consortium of Investigative Journalists and partners will release more stories based on HSBC files from a French tax investigation in the coming days and weeks.

A network of secretive banks and offshore tax havens was used to funnel $182 million in bribes to Nigerian officials in exchange for $6 billion in engineering and construction work for an international consortium of companies that included a then Halliburton subsidiary.

In 2010 Nigeria indicted former U.S. Vice President Dick Cheney, who was CEO of Halliburton before he was elected, only to later clear him when Halliburton worked out a $35 million settlement.

Leaked records from HSBC, a huge global bank based in London, reveal new details about the bank’s role as a conduit for the bribes — and new details about how British lawyer Jeffrey Tesler operated. The files, obtained by the French newspaper Le Monde and the International Consortium of Investigative Journalists, a project of the Center for Public Integrity, show ties between Tesler and high-ranking Nigerians not previously named publicly in connection with the scandal, raising the possibility of renewed questions about Nigeria’s handling of the affair.

Tesler pleaded guilty to U.S. corruption charges for his role in what became known as the Halliburton Bribery Scandal. The cash was destined for Nigeria’s ruling party via the state-owned oil and gas company, the Nigerian National Petroleum Corporation (NNPC), according to an official Nigerian report.

The leaked files reveal that Tesler had financial ties to two former Nigerian officials: now-retired Major General Chris Garuba, chief of staff to former Nigerian president Abdulsalami Abubakar who himself allegedly received bribes as president; and Andrew Agom, a senior government official who was killed in an attack on a motorcade.

Switzerland’s famous bank secrecy laws encouraged Tesler to use the country as a base for moving bribe money. And HSBC Private Bank (Suisse), with offices near luxury hotels in Geneva and Zurich, was his preferred bank.

When U.S. authorities seized 12 of Tesler’s Swiss accounts in 2013, five were with HSBC — more than any other bank.

Feds may be considering new probe of HSBC