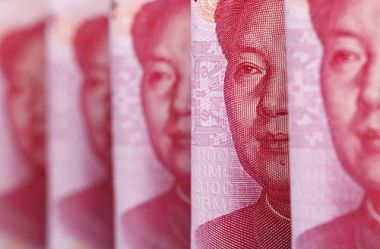 More than six months in the making, our global partners at the International Consortium of Investigative Journalists have published the latest chapter of their “Secrecy for Sale” investigation into offshore tax havens. Here, ICIJ Deputy Director Marina Walker Guevara describes the unique and unprecedented challenges encountered during this deep-dive into China’s offshore economy:

The tight group of journalists gathering in Hong Kong on a rainy summer morning had arrived from all over: Beijing, Taipei, New York, Madrid, Washington, Berkeley and Munich.

A veteran Chinese journalist greeted the group and talked about the “historic” nature of the meeting: journalists from Greater China coming together to work on a highly sensitive investigation alongside colleagues from Europe and the U.S.

The meeting kicked off a six-month probe into the offshore holdings of China’s elite that the International Consortium of Investigative Journalists begins publishing today with media partners from around the world. Along the way, the journalists faced cultural and linguistic barriers, government intimidation and the daunting task of sifting through thousands of secret financial records.

The Greater China files are the largest segment of the 2.5 million leaked offshore records ICIJ obtained and has analyzed with more than 50 media organizations since 2012. The documents reveal the real owners and the dealings of more than 100,000 companies in 10 offshore jurisdictions.

The stories previously published in the “Offshore Leaks” series have had impact across the globe, triggering inquiries, resignations and policy changes in several countries.

Due to the complexity and language challenges posed by the China, Hong Kong and Taiwan records, ICIJ set aside files related to those jurisdictions for a later installment in the series.

With China continuing to step up media censorship, security quickly became one of the China project’s biggest priorities. At the end of the Hong Kong meeting all project members returned to their newsrooms equipped with encryption for email communications. An encrypted online forum was used to swap findings and tips safely. Even within the forum, certain top officials were referred to using only previously agreed code names.

The other challenge was the data itself. How to separate the extraordinary from the routine and find the public interest inside a maze of more than 37,000 offshore company holders? A first step was to build as many lists as possible of public figures: Politburo members, military commanders, mayors of large cities, billionaires listed in Forbes and Hurun’s rankings of the mega-wealthy and so-called princelings (relatives of the current leadership or former Communist Party elders).

Through painstaking database work, a reporter in Spain cross-referenced the lists of notable Chinese against the names of offshore clients listed within ICIJ’s Offshore Leaks data. The added difficulty was that in most cases, names in the offshore files were registered in Romanized form, not Chinese characters. This made making exact matches extremely hard, because Romanized spellings from Chinese characters tend to vary widely: Wang might be spelled Wong, Zhang could be Cheung, and Ye might be spelled Yeh. Addresses and ID numbers helped confirmed many identities but many others names were dropped because the reporting team could not be 100 percent sure that the person was a correct match.

A picture slowly began to emerge: China’s elites were aggressively using offshore havens to hold assets, list companies in the world’s stock exchanges, buy and sell real estate and conduct their business away from Beijing’s red tape and capital controls.

Read the rest of Marina’s post at ICIJ.org, or see the data in action in the main China leaks story here.