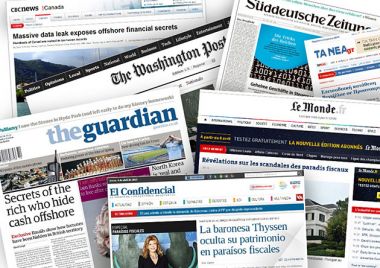 April 2013 marked the beginning of one of the biggest financial leaks in history.

The International Consortium of Investigative Journalists has just released the first stories from a global collaborative project into the world of offshore money. The Tax Justice Network, an advocacy group claims that a third of the world’s wealth is tied up in the secret area of offshore.

For the past 15 months, journalists from over 40 countries have worked together to shed light on this issue.

And here’s some of what they found:

We hope you enjoy these stories; there will be more to follow daily for the next couple of weeks.

If you have story tips, documents or other information about this issue, contact us at investigations@icij.org.

Buried in Congress’ spending agreement: a small but notable step to reform a controversial program.