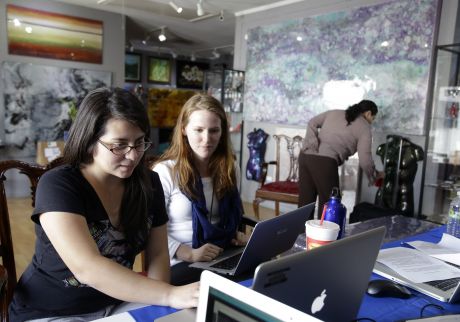 Federal officials are taking aim at more than a dozen state laws that reined in the activities of so-called “navigators” — advocates who are helping consumers negotiate the complexities of Obamacare. Specifically, the Department of Health and Human Services is proposing to clarify exactly what states can and can’t do in their attempts to regulate this little-known but critical aspect of federal health reform.

As the Center reported in August, 17 states have passed laws that impose additional regulations on the navigators — typically members of social service organizations and advocacy groups who are funded through the Affordable Care Act to help people sign up for insurance (Louisiana passed a law after publication).

Some state officials have said the navigator laws, which generally create additional state training and licensing requirements, were necessary to protect consumers. Many of the state bills were pushed by insurance agents and brokers, who saw navigators as potentially infringing on their traditional role in the insurance marketplace. But consumer groups argued that some aspects of the state laws were unnecessary and would inhibit navigators from helping people enroll in coverage through the new online federal health marketplaces, known as exchanges.

The federal law says states may establish their own regulations so long as they don’t prevent navigators from carrying out their duties. But until now, federal officials had declined to clarify what would meet that criterion.

Last week, the health and human services department effectively agreed with some of the consumer groups’ arguments, releasing a proposed rule that singles out a handful of provisions included in the state laws that the department, “considers to conflict with or prevent the application” of the federal law. While the rule is not yet final, it may lead to yet another round of legal battles between states and the federal government over the health care law. HHS is currently collecting public comments on the proposal, and will do so until mid- April. It’s not clear when a final rule might emerge.

Most of the state laws contain at least one of these provisions, and it’s unclear what will happen if HHS adopts the rule as final. The rule itself would not immediately invalidate a state law, said Richard Olague, a department spokesman, but would instead provide guidance for states and others on the department’s position. It could also become fuel for lawsuits.

“I think you can expect to see a lot of litigation,” said Wes Bissett, senior counsel for government affairs for the Independent Insurance Agents and Brokers of America. “Just because HHS were to promulgate a rule that says certain state laws are preempted doesn’t make it so.”

Bissett said his organization supports some aspects of the proposed rule — it would also allow the department to fine navigators and would prohibit them from going door-to-door, for example — but that other provisions may simply tie the hands of state regulators. He pointed to the clause that prevents states from requiring that navigators refer people to agents or brokers.

“If you have a working relationship with an agent, there may be a benefit to talking to that person before talking to a navigator that doesn’t have that experience,” he said. Bissett said his organization plans to submit comments on the proposed rule.

After they were passed last year, the state navigator laws led to at least two lawsuits, brought by unions and community health groups in Missouri and Tennessee who said the laws were overly restrictive. In January, a federal judge enjoined Missouri’s law, saying the state could not choose to regulate navigators if it elected not to run a health care exchange. The federal health law says that navigators are to be regulated by the health exchange of the given state, but 34 states opted not to run their exchanges, and the federal government has run the marketplaces in those states instead, taking oversight duties of navigators as well.

Last summer, navigators were drawn into the larger political battle over the health care law, with a batch of mostly Republican state and federal public officials directing scrutiny at groups that had applied for federal navigator funds.

A report released in January by the George Washington University School of Public Health and Health Services also seemed to indicate that the navigator laws, at least in part, were having an effect on outreach for the law. The report found that community health centers located in the nine states that had both adopted navigator laws and also declined Medicaid expansion, another provision of the health care law, had fewer resources compared to similar groups in other states.

Bisset said he has seen little evidence that the navigator laws have hindered application of the reforms, and that they have helped protect consumers with additional oversight.

Just last week, the Kansas state Senate and Arizona House passed their own navigator bills, and similar legislation is pending in Oklahoma. Each would appear to be set up for a collision course with the federal rule if they are passed by the full legislatures.

China, Russia outrank U.S. when it comes to corporate transparency

ICIJ guide to voter restrictions around the world