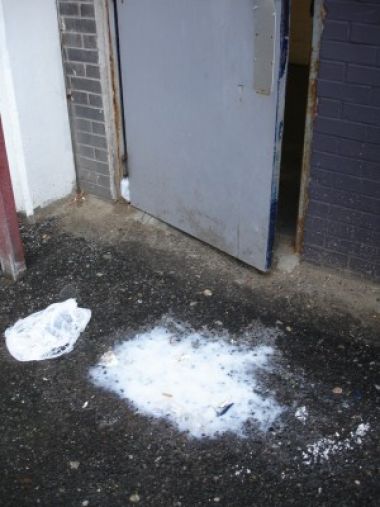 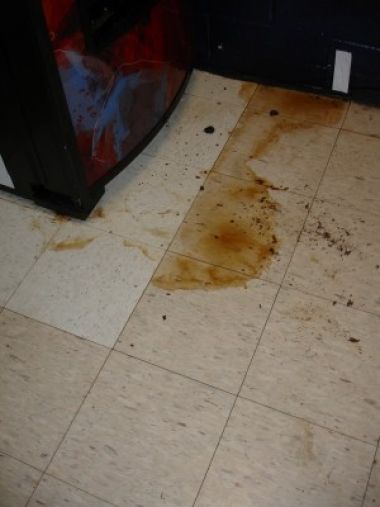 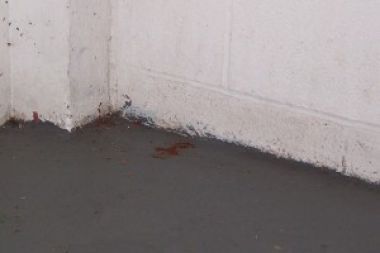 Here are photos provided to the Center for Public Integrity by the Reardon Law Firm showing conditions in recent years at the Thames River public housing project in New London, Conn. The photos were gathered as part of a lawsuit in which the Reardon firm is helping some residents of the public housing complex try to get a court order to name a receiver for their property, which they allege has untenable living conditions.

Even by Washington standards, $26 billion is a lot of money.

That’s the amount spent by taxpayers annually to provide housing for needy Americans. But there’s significant evidence that some of the monies have been poorly spent for years.

A joint investigation by ABC News and the Center for Public Integrity found that the Department of Housing and Urban Development has struggled to combat theft, corruption, and mismanagement in the more than 3,000 public housing agencies nationwide it funds, and particularly inside the 172 that HUD considers the most troubled.

The problems are widespread, from an executive in New Orleans convicted of embezzling more than $900,000 in housing money around the time he bought a lavish Florida mansion to federal funds wrongly being spent to provide housing for sex offenders or to pay vouchers to residents long since dead.

Despite red flags from its own internal watchdog, HUD has continued to plow fresh federal dollars into these troubled agencies, including $218 million in stimulus funds since 2009, the joint investigation found.

The ultimate victims of such mismanagement are impoverished Americans who rely on federally funded local public housing agencies to provide them with a clean, safe place to live.

“We’re failing these tenants, we’re failing the taxpayers,” said Kenneth Donohue, who recently retired as the HUD inspector general in charge of rooting out waste, fraud and abuse from the federal housing program.

Just ask the residents of public housing in Sanford, Fla., who for years tolerated crumbling units before finally being moved to new locations, or the occupants of public housing in New London, Conn., who became so frustrated by substandard living conditions that they went to court to demand that a judge name a receiver to manage their property.

The New London residents, aided by a pro-bono law firm, submitted photographic evidence that an entry door had been shackled with chains and their floors littered with rodents, urine, and blood.

A subsequent investigation by HUD’s inspector general concluded the New London Housing Authority had suffered from “significant management deficiencies for more than 10 years” and that HUD had “not been effective in recovering the authority from its longstanding troubled status.”

HUD officials acknowledged problems, but said they take corrective action when alerted that local housing agencies aren’t living up to their obligations. They also insist conditions in locales like New London and Sanford have improved since President Barack Obama took over. There are more than 3,000 public housing agencies nationwide who receive HUD money; the list of 172 labeled as troubled fluctuates slightly, but has remained basically constant in recent months.

Here are photos provided to the Center for Public Integrity by the Reardon Law Firm showing conditions in recent years at the Thames River public housing project in New London, Conn. The photos were gathered as part of a lawsuit in which the Reardon firm is helping some residents of the public housing complex try to get a court order to name a receiver for their property, which they allege has untenable living conditions.One of the public housing authorities Henriquez cited for superior performance: Philadelphia. It has long been praised by HUD as a model agency, supposedly far removed from the “troubled” class of housing agencies.

But investigations last summer uncovered allegations that the then-Philadelphia Housing Authority’s executive director had spent lavishly on parties that included belly dancers, and had used more than $500,00 in housing authority funds to secretly settle claims accusing him of inappropriate sexual advances with female employees.

The same month as one of the alleged belly dancer parties, 12-year old Ebony Gage suffered a near fatal asthma attack that occurred after her mother says poorly trained Philadelphia housing authority inspectors failed to properly inspect her home for dangerous mold.

“Nobody cared,” said Angelique McKinney, Ebony’s mother. “The representatives down there, they look at you, like, ‘Oh well, it’s not our problem, you need to take care of this or you need to handle this. It’s like they ignored everything I said.”

Ebony may never walk or talk again and the Housing authority settled out of court for $9.6 million.

Last fall, after a series of newspaper exposes, the Philadelphia agency’s executive director was forced out of his $300,000 a year job running the country’s fourth largest public housing authority. And now federal investigators have opened their own probe.

Lawmakers like Sen. Charles Grassley, R-Iowa, wonder how such problems could go undetected for years by HUD.

“We expect that the agency in Washington, D.C. ought to be making sure that every taxpayer dollar is spent in a responsible way. And it seems to me that we have not had that proper oversight,” Grassley said.

But that is not how Obama administration officials see it.

“I would say the Philadelphia Housing Authority did a good job,” Henriquez said, asserting that the probe of the former director overshadowed the agency’s successful efforts to revitalize housing..

“I just find the before and after amazing, it’s an incredible story to tell,” she said.

The joint investigation by the Center and ABC, however, found allegations of mismanagement spread across the country.

Castellanos was convicted of embezzlement and sentenced to nearly four years in prison, one of 43 housing officials across the country convicted of crimes over the last two years.

Donohue, the former inspector general, said corruption and fraud have flourished at HUD-funded housing agencies because federal officials in Washington have been asleep at the switch. And every dollar lost to fraud or mismanagement, he said, punishes the already vulnerable populations who live in public housing.

“Public housing often is the last resort for many people, and to take money away from them is a sad commentary,” he said.

Donohue’s office cautioned HUD officials about awarding stimulus money to troubled agencies, identifying many that had past problems managing money.

The public housing authority in Chattanooga, Tenn. was cited by the inspector general for doling out about $600,000 in employee bonuses, cost-of-living increases and severance awards in 2008 while on the brink of financial collapse.

An audit by Donohue’s office also found the public housing provider misused $788,000 in housing vouchers for the poor to pay unrelated expenses and diverted $1.2 million from a Fannie Mae loan.

Even though Chattanooga’s housing authority was on the troubled list and had a history of financial problems, HUD distributed at least $11 million to the agency from President Barack Obama’s American Recovery and Reinvestment Act.

HUD officials said they took Donohue’s concerns seriously, developing a strategy that included comprehensive and substantive reviews of all troubled housing authorities that got stimulus grants and preventing the agencies from drawing down funds without prior HUD approval

During Donohue’s tenure as chief watchdog, his investigators uncovered some headline-grabbing examples of other mismanagement problems, like an estimated $7 million worth of payments to provide housing vouchers for dead people.

The investigative findings have begged the question of whether the root of the problem is incompetence or fraud.

“I think it’s a little bit of both,” Donohue said.

“I don’t know exactly how that happened,” Henriquez said when asked about the sex offenders uncovered by Donohue’s investigators. “This is truly a difficult issue. People make mistakes, we correct those. It’s again, what do our actions say when it comes to our attention? That is the bottom line.”

But for too many public housing residents, the bottom line remains one of private frustration over what they perceive as continuing neglect from Washington.

For more than a decade, officials have promised action for the 320 families who lived in projects in Sanford, Fla., where in some places the walls were literally crumbling around them.

This past summer, Toveka Jones took an ABC News producer through a tour of her HUD-subsidized apartment, pointing out locations where a wall was “falling in from the termites” and a ceiling caved.

“I’m just ready man, just ready to get out of here and give my kids a life,” Jones said.

Late last year, after a decade of complaints and deterioration, officials finally deemed her public housing project uninhabitable, and most of the families were moved out.

Shown pictures of the conditions at Sanford before the move, HUD officials insisted they did what they could.

“I don’t think this speaks to a larger failure at all,” Henriquez said. “There is a sense of urgency to make sure that conditions that you’ve shown me here are corrected as quickly as possible.”