Move would benefit the rich, do nothing for the poor 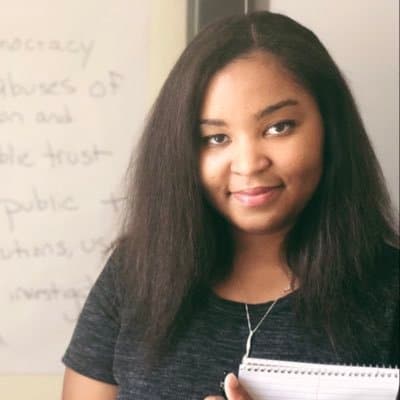 A proposal by the Trump administration to reduce taxes on capital gains would exacerbate an already yawning racial wealth gap say experts, and almost solely benefit the wealthy.

The Treasury Department disclosed last month that it was considering taking inflation into account when taxing capital gains — profits from the sale of stocks, real estate, art and other assets. Currently, when a person sells an asset the gain from the sale is calculated as the difference between the amount a person paid for the asset, called the basis, and what the asset sold for. Under the new proposal, the basis would be adjusted for inflation, making the cost of the investment higher.

For long-term investments, this could mean a sizeable decrease in any profit, and therefore the amount of taxable income.

Chuck Marr, director of federal tax policy at the Center for Budget and Policy Priorities, a left-leaning public policy think tank based in D.C., said 86 percent of the benefit from indexing capital gains to inflation would flow to people in the top 1 percent wealth category. “It doesn’t affect most people. It just affects the very top,” he said.

The Congressional Research Service, which provides policy and legal analysis to Congress, estimated 90 percent of the benefits would go to the top 1 percent.

Because those earning more than $100,000 would benefit most from the change, a disproportionate number of whites compared with minorities would see their incomes increase. Almost 9 percent of whites make more than $100,000, but only 2.6 percent of Hispanics and 3.1 percent of blacks do, according to 2017 Census Bureau data. The disparity is even more stark for the top 1 percent, Marr said.

That would cause an already disparate gap in racial incomes to widen further.

This proposal is “just something that’s for the highest income people, which tend to be disproportionately white people,” Marr said.

Adjusting capital gains for inflation would cost the federal government $102 billion over 10 years, the University of Pennsylvania Wharton School estimated this year.

Only 2 percent of Americans making less than $50,000 had tax returns with net capital gains in 2010, according to a 2016 report by the Congressional Budget Office and the Joint Committee on Taxation, both of which score congressional tax proposals. And only 5 percent of people making between $50,000 and $100,000 reported capital gains. That covers almost all Americans — about 93 percent of Americans earn less than $100,000 a year, according to income data from the Census Bureau.

Those at the very top of the income ladder will benefit the most from the change. In 2018, 75 percent of those paying a capital gains tax had incomes of $1 million or more, according to the Tax Policy Center.

Republicans argue the tax is unfair because inflation accounts for a large chunk of the profits, especially for longer term investments. Larry Kudlow, a top economic adviser to Trump, wrote a column last year before joining the Trump administration calling for the president to end through an executive order the “prosperity-killing practice” of not adjusting capital gains for inflation.

“So opponents of capital-gains indexation say the associated revenue loss would be too great,” Kudlow wrote. “But inasmuch as inflationary gains should not have been taxed in the first place, a revenue loss is a good thing. It represents the correction of a tax injustice.”

Kudlow cited research by former Treasury economist Gary Robbins that concluded indexing capital gains for inflation would create 400,000 more jobs by 2025 and boost GDP by roughly $500 billion. CRS reported, however, that the “economic growth effects would be relatively small.”

Americans for Tax Reform, a conservative tax advocacy group headed by anti-tax crusader Grover Norquist, said in a blog post on its website the proposal would “help all Americans.”

The Tax Foundation said in a post on its website that gains due to inflation “are not a real increase in wealth” and that by not adjusting for inflation, wages and employment are depressed.

Treasury Secretary Steve Mnuchin recently told The New York Times the Treasury Department was investigating whether or not it has the authority independent of Congress to redefine “basis” to account for inflation. White House Press Secretary Sarah Huckabee Sanders told reporters that President Donald Trump has asked the Treasury to look into it. Mark Mazur, director of the Tax Policy Center, said it’s unlikely the department has that authority.

“It’s a huge stretch for the administration to think that they can just start with a clean slate and define what basis means,” Mazur said. “I would be surprised if any of the career people at the IRS or Treasury thought this was doable under current law.”

While congressional Democrats almost unanimously oppose the proposal, representatives from both sides of the aisle agree it’s Congress’s responsibility to enact the change. Senate Finance Committee Chairman Orrin Hatch, R-Utah, said Congress should consider the indexing of capital gains rather than Treasury rewriting rules. Senate Finance Committee Ranking Member Ron Wyden, D-Ore., said there was compelling evidence indicating the action by the Treasury would be illegal.

Sens. Ted Cruz, R-Texas, and Pat Toomey, R-Pa., introduced a bill in April to index capital gains to inflation, which is stuck in the Finance Committee. Rep. Devin Nunes, R-Calif., a member of the House Ways and Means Committee, introduced an indexing-capital-gains bill last month.

“The first Bush administration even decided it didn’t have the legal authority to make this change without congressional action,” Wyden said during a committee meeting last Wednesday. “There’s no question that following through on it now would bring on a legal firestorm.”